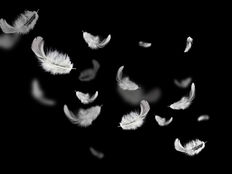 One of investors’ primary objectives when investing in bonds is consistency. To that end, it might surprise some fixed income investors that fallen angel bonds — which form a unique segment of the high-yield debt market — are remarkably consistent.

The VanEck Vectors Fallen Angel High Yield Bond ETF (ANGL B) is the premier exchange traded fund for investors seeking broad-based fallen angels exposure, and the $4.7 billion ETF provides exposure to the consistency that this asset class has a reputation for.

ANGL follows the ICE US Fallen Angel High Yield 10% Constrained Index. A primary reason why ANGL and its benchmark established such a lengthy run of out-performance over traditional junk bond benchmarks is that fallen angels are born as investment-grade bonds.

Historically, bonds that debut as investment-grade and are later downgraded to high-yield are more frequently upgraded to investment-grade territory than debt born directly into the junk camp. With those upgrades comes price appreciation. Some rising stars hail from the energy sector, ANGL’s largest sector exposure at 27.1%.

“The 2020 fallen angels, but most importantly, the future rising stars haven been driving performance. Oxy, Kraft, Ford, Western Midstream and APA were the top 5 issuers that contributed to relative outperformance vs broad high yield,” adds Fonseca.