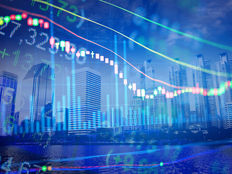 The Federal Reserve probably won’t lower interest rates again anytime soon, but the yields on 10-year Treasuries and the S&P 500 remain paltry and it’s possible that the Fed will reduce borrowing costs again at some point in 2020.

EMLC holds nearly 300 bonds and has a 30-day SEC yield of nearly 5.20%, which is well above what investors find on essentially domestic, investment-grade bond instruments.

The fund’s effective duration is 5.24 years, which doesn’t qualify as long-dated, but it’s high enough to provide adequate benefits from more relaxed monetary both in the U.S. and within the markets represent on EMLC’s roster.

“Along with attractive yields and valuations, we are also seeing positive economic reforms that have the potential to fuel this asset class—such as pro-growth reforms in Brazil and corporate tax cuts in India. From a portfolio construction perspective, we believe the diversification potential of emerging markets bonds—particularly local currency bonds among their most attractive features,” according to VanEck.

Declining interest rates in the U.S. and expectations that the Federal Reserve will continue lowering rates to prop up the economy could be a catalyst for EMLC. Emerging markets bonds, particularly those denominated in local currencies, are often levered to Fed action because lower U.S. rates can depress the dollar, thereby bolstering emerging markets currencies and assets denominated in those currencies.