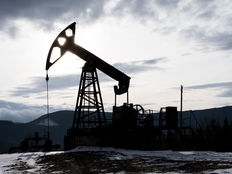 Roland Morris on Why Oil & NatGas Prices Are Spreading

The oil and gas industry has been flush with demand in 2022, but for all the hand-wringing over high gas prices in the U.S., natural gas has been on a more consistent run of rising returns. VettaFi contributor Dan Mika spoke with VanEck Commodity Strategist Roland Morris about what’s driving the spread.

(This interview has been edited for clarity and brevity.)

Dan Mika, VettaFi Contributor: Energy has been the only thing making money hand over fist in the markets. But while oil prices started to fall after Russia invaded Ukraine, natural gas has kept rising. They’re usually talked about in the same breath, so why are they acting so differently regarding their year-to-date performance?

Roland Morris, VanEck: Before the war, energy prices were rising already because of a long-term lack of investment in production. People forget that there are decline rates, where existing oil fields around the world decline and those resources lose their production. We probably lose 4 million barrels a day per year. If you’re not replacing that, you’ve got a problem.

Then we went through COVID, where prices crashed, and investment continued to be non-existent. OPEC tried to adjust to the drop in demand during COVID. And then they’ve added the production back in as the global economy bounces back. China has been sluggish this year. So that is an important demand that has been lagging behind normal. But the bottom line is that OPEC is really at the end of its production. That’s the main reason we saw such a low announced add for production this month; they’re coming to the end of their capacity.

You’ll probably see oil prices around $100 (per barrel), possibly even higher next year. Simply because this war is causing structural problems in how crude oil flows around the world. It’s probably going to be high.

But it’s not as dramatic as what’s happened to natural gas this year. Natural gas is the real story. Putin is playing games with Europe, Europe bet on Russia for their energy, and they made a bad bet, led by Germany. They could get cheap natural gas from Russia, and Russia built the pipelines, but they controlled all of the commodities. And now that there’s war, Putin has cut back dramatically on natural gas, and you can’t just turn it on and off and get it from another source easily. We have tons of natural gas in the U.S., but you need these very complicated facilities both to ship it and it’s costly. Ten years ago, Germany wanted to diversify their risk, and U.S. companies were begging them to sign long-term contracts so they could build the facilities. But they had no interest because they had cheap Russian gas. So that set up the problem, and now we have a complete mess in Europe for energy. This is going to be a problem that’s going to be persistent, as natural gas is really critical for heating for electricity generation. That should have been our bridge fuel that we as a world embraced because it’s so much cleaner, and we failed to do that.

And now we’ve got a real problem. Natural gas has a different way of pricing and measuring natural gas in Europe. Our natural gas trades for around $8 today. If you translated European natural gas into the same way we price ours, it would be $60. There’s no way to fix this quickly. We are trying to build some new export facilities, which is why our natural gas prices are high. And it’s the lack of pipeline capacity. They basically shut down infrastructure building, and that’s been a real problem.

So you’ve got a situation where we need this energy over the next 10, 15 years as we transition away from fossil fuels, particularly for power generation, as natural gas is critical for that. And then, of course, natural gas has other uses. It’s how you make fertilizer. So European fertilizer producers have essentially shut down because the price is too high. Nitrogen is four times what it was a year ago. So farmers worldwide are not applying the required amount of fertilizer, which means we will have lower yields globally for the next couple of years. So we’ve got a food problem and natural gas problem. Those are the real critical problems.

Crude oil, you can kind of separate, in my opinion. It’s a much easier commodity to transport, and the U.S. has increased production through fracking. At some point, demand will start to fall longer term. But in the near term, we just don’t have enough crude oil. Everyone’s at production capacity, and we haven’t invested enough. No one will invest in this volatile environment where there are pressures in the U.S., whether it’s ESG or societal pressures. So you’re just not getting the investment required. So we’re going to have high energy prices for, you know, for probably the next ten years, I would guess.

Mika: Focusing more on this year, oil spiked in the days and weeks after Russia’s invasion began, but it has slowly declined as the market started to panic about the fears of recession and lower demand. How much of that is baked into the spread between how oil is acting versus natural gas, which I assume is not a similar proxy for economic growth?

Morris: The difference is that the supply side of the two commodities is quite different. Natural gas is difficult to transport outside of pipeline systems. Putin has complete control over Europe; they depend entirely on him for their energy in the near term. The global oil market flows pretty easily, and a lot of Russia’s oil is being shipped to China in India. It’s just changing its location for delivery, so the total amount of oil supply has been okay. What has helped crude oil the last couple of months is really the Strategic Petroleum Reserve release, which is only a short-term fix. That’s going to end in late September, and at some point, we have to rebuild those stockpiles. They’re the lowest they’ve been in history. That’s a manipulated market in the near term. I personally don’t think oil is going to go a lot lower than where it is today.

Mika: You mentioned that energy prices would remain fairly high over the next 10 to 15 years. Taking all of these conflicting factors right now, the short-term supply side crunch for both oil and gas, combined with longer-term disinvestment in fossil fuel production because it is contributing to climate change, how do you do this from an investment perspective?

Morris: I think energy producers will be a good place to invest in because I believe commodity prices will remain high. We are decarbonizing supply before we’re decarbonizing demand. In a nutshell, that’s the problem. We’re going to need these commodities, and we’re going to be tight and probably have persistent shortages. But not in the immediate term, because we’ve got a global economy that’s slowing down because we have an inflation problem and central banks are raising rates. The demand side is going to be contained.

But the real problem is supply, and natural gas is a different problem directly related to Russia. Whereas crude oil is more of a global, easily transported commodity than natural gas. Natural gas is critical for power generation. It’s a tragedy that Europe is burning more coal now because they don’t have natural gas. They’re going to burn much more coal over this coming winter than they have in the last decade, and it’s because they’ve got no choice.