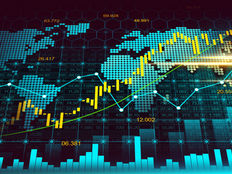 This Non-US Developed Market May Win Big in 2020

Once again, the U.S. is getting all the love among major developed equity markets this year and rightfully so with the S&P 500 higher by 26.23%. However, Japan has been a decent performer, too, and that theme could continue in 2020.

The iShares MSCI Japan ETF (EWJ A) and the WisdomTree Japan Hedged Equity Fund (DXJ A-) are both up more than 18% year-to-date.

A fund such as the WisdomTree Japan Hedged Equity Fund can help investors gain exposure to Japan’s local markets without worrying about potential foreign exchange currency risks in case of a weakening yen currency or stronger U.S. dollar.

Japan itself is recovering from its own economic doldrums with employment rates and wage growth starting to come to life. This is a welcome sign, particularly after the last 30 years have been marked by stagnant growth following an asset bubble burst that spawned the “Lost Decade” of Japan in the early 90s to the early 2000s.

“Economists from Morgan Stanley have even forecast zero growth in Japan in 2020. But the bank’s equity analysts said ‘positive structural trends’ in the country — such as improving corporate governance and profitability — could help Japanese stocks to maintain or increase their value,” according to CNBC.

“In addition, the U.S. dollar is expected to edge higher versus the Japanese yen by March 2020, said Nomura. That would benefit Japanese companies that generate income overseas, such as exporters, according to the bank,” reports CNBC.