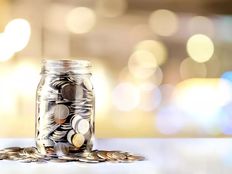 However, there are avenues for investors to get in on the wide moat game at compelling valuations. Enter the VanEck Vectors Morningstar Wide Moat ETF (MOAT B+). The $7.2 billion MOAT tracks the Morningstar Wide Moat Focus Index, which was recently rebalanced. That reconstitution resulted in the addition of 11 stocks and the removal of 11 others.

Asset managers and software providers are among the industries with multiple components that recently joined MOAT’s underlying index. Those additions include Adobe (NASDAQ:ADBE) and ServiceNow (NOW).

“ServiceNow (NOW) not only earns a wide moat rating but boasts a positive moat trend, too. We think the company has done an exceptional job of expanding beyond its software-as-a-service solution for IT service management into the larger IT operations management market,” writes Morningstar’s Susan Dziubinski, citing analyst Dan Romanoff.

“T. Rowe Price meanwhile, remains the best-positioned active asset manager we cover in the United States, he argues. The size and scale of the firm’s operations, the strength of its brands, consistent outperformance, and reasonable fees give it an edge,” adds Dziubinski.

One of the aims of MOAT’s index is to deliver a basket of wide moat stocks trading at attractive valuations. To that end, it might surprise some investors that some internet retailers recently joined the MOAT fold, but Etsy (NASDAQ:ETSY) and MercadoLibre (NASDAQ:MELI) did just that.

Among the other stocks added to MOAT’s index are Dow component 3M (NYSE:MMM) and Ecolab (NYSE:ECL). Removals include Warren Buffett’s Berkshire Hathaway (NYSE:BRK-B) and tobacco giant Altria (NYSE:MO). All of the removals attained that status by failing Morningstar’s price/fair value screen

Among the 10 cheapest stocks in MOAT’s index as of March 24 are Adobe, Biogen (NASDAQ:BIIB), Compass Minerals (NYSE:CMP), Equifax (NYSE:EFX), Etsy, and Salesforce.com (NYSE:CRM), among others.