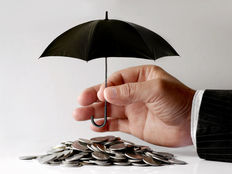 Stocks with the often-enviable wide moat designation and the VanEck Vectors Morningstar Wide Moat ETF (MOAT B+) aren’t yet soaring in 2022, but investors shouldn’t be deceived by lethargic first-quarter showings.

To its credit, MOAT is outperforming the S&P 500 by about 440 basis points on a year-to-date basis. That could be a sign that when broader markets rebound, wide moat stocks, including MOAT member firms, could regain leadership roles.

“Over longer periods of time, wide-moat stocks have tended to be the best performers in the market. That includes periods such as today, when interest rates are rising against a background of higher inflation,” says Morningstar analyst Lauren Solberg.

Additionally, some moat tends to be better than no moat, as both the Morningstar Wide Moat Index MOAT’s underlying benchmark — and the Morningstar Narrow Moat Index beat stocks with no economic moats in seven of the past 10 years.

“Many of the market’s biggest names, such as Microsoft (MSFT) and Amazon.com (AMZN), fall into the wide-moat category, and these also happened to be some of the market’s most highly valued stocks. With interest rates rising, the fast-growing names have taken a hit, leading to the wide-moat group’s underperformance,” adds Solberg.

The silver lining is that many mega-cap growth stocks, including MOAT components, are considered quality stocks, indicating that recent weakness in those names and MOAT itself present opportunities to investors to embrace quality at a discount.

MOAT’s quality attributes are vital to the fund’s broader investment thesis because, over long holding periods, quality stocks outperform and often do so with significantly less volatility relative to lower-quality names.

“Our analysts believe that a company with a wide economic moat is positioned to fend off competitors for more than 20 years, while a company with a narrow moat rating holds advantages expected to support the company’s strong fundamentals over the next 10-20 years,” notes Solberg. “Over longer time periods, those quality names have shone.”

Adding to the near-term case for MOAT, as Solberg notes, is the fact that in climates of rising interest rates, wide moat stocks typically outperform no moat rivals.