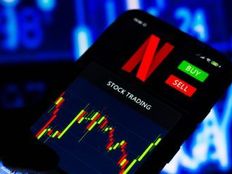 As the largest constituent in the S-Network Streaming & Gaming Index (STREAM), Netflix (NFLX, 6.7% index weight) is also the world’s largest streaming service with over 220 million subscribers—much more than competitors like Hulu (~46 million subscribers) and Disney Plus (~152 million subscribers). (1)(2) While there is a large shift from physical media and movie theaters to streaming—with so many subscribers and more competing streaming services entering the market, how will large streaming companies like Netflix, Disney, etc. attract more subscribers and not lose existing ones to competitors? And how does a large streaming company become more profitable without raising prices? We see several key themes for the streaming space illustrated in Netflix’s most recent earnings results, which are discussed in more detail below.

Larger trend toward streaming exists but depends on how effectively companies can execute.

Overall, video streaming has been growing steadily over the years due to several trends, including broader access to high-speed internet, living in smaller spaces where it might not be convenient to own physical media, and a higher preference toward instant, on-demand media. While the pandemic did not propel increased spending in video streaming and rental (which is actually more sustainable for growth), spending in movie theaters continues to fall post-pandemic, primarily due to smaller theatrical windows (i.e., waiting 45 days on average instead of 90 days before movies are released on streaming or video-on-demand). While the shift to streaming may seem like one of the more obvious thematic trends, there is still some uncertainty on how individual stocks will perform as the market becomes more fragmented. But as large companies like Netflix mature and reach a large level of subscribers, there is still room to retain profitability and expand the business, which we saw illustrated in Netflix’s most recent earnings report.

Netflix reported its 3Q22 earnings on October 18 and reported that revenue, operating income, and subscriptions all exceeded forecasts. Subscriptions increased 1.1% sequentially after falling during both 1Q and 2Q this year. Subscriptions are forecasted to grow 2.0% sequentially next quarter, which will actually be the last quarter Netflix will provide subscriber forecasts—emphasizing a focus on customer retention and profitability instead of simply increasing the number of subscriptions. The company is continuing to invest $17 billion in annual content spending to differentiate themselves from original programs and movies that are unique to Netflix. For instance, this quarter Netflix released Stranger Things Season 4 and Monster: The Jeffrey Dahmer Story, which has already generated 1.35 billion hours viewed and 824 million hours viewed, respectively. (3)

As current subscribers binge original content, the company can focus on hours instead of subscribers and earn advertising revenues through those increased hours. While many companies have been cutting ad budgets, Netflix is doing the opposite and finally adding an ad-supported plan that will be $3.00/month cheaper in the US ($6.99 vs. $9.99 for the next cheapest plan). These plans will have ~5 minutes of advertising per hour, which is much shorter than other services like Hulu, which has approximately ~10 minutes of advertising per hour. This will provide another option for price-sensitive customers and will make Netflix the cheapest streaming service out of HBOMax, Amazon Prime, Disney Plus, and Hulu. Additionally, this will bring Netflix a new revenue stream outside of its membership fee. Right now, Netflix is one of the only pure-play public streaming companies, with streaming memberships making up over 99% of its total revenue (DVDs make up less than 1% of revenue).

In contrast, companies like Disney (DIS, 5.2% index weight) earn revenue from media and entertainment, parks, experiences, and products. Disney’s direct-to-consumer streaming services are only 24% of its total revenue. Out of direct-to-consumer services, advertising makes up approximately 20% of revenue, while subscription fees are the remaining 80%.

These are the trends from Netflix’s most recent earnings release that we see as takeaways for the overall video streaming industry: