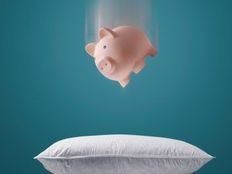 There’s ongoing debate about whether or not the U.S. economy is officially in a recession, but there is more agreement regarding the notion that the world’s largest economy could be nearing a period of slower growth.

Whether a traditional recession sets in or the economy merely slows, either scenario could be conducive to embracing gold and the related exchange traded funds, including the newly minted Franklin Responsibly Sourced Gold ETF (FGLD ).

FGLD is just two months old, meaning that it debuted at a trying time for gold. The Federal Reserve’s accelerated interest rate hiking plans in the U.S. are strengthening the dollar, pressuring the yellow metal in the process.

However, some investors are exhibiting patience with gold ETFs, betting on the yellow metal’s reputation for beating inflation and rallying after markets price in rate hikes. For example, FGLD is just two months old, and it already has north of $32 million in assets under management, according to issuer data. Additionally, the economic environment could be nearing a point where FGLD is worth evaluating regardless of its youth.

“We’ve moved from a mollycoddling Fed to a tough-love Fed,” Adrian Helfert, chief investment officer for multi-asset strategies at Dallas-based Westwood Holdings Group, told Morningstar. “We’re headed for an extended lower-growth environment that allows for a greater possibility of a rolling recession within industries. That should reduce the longer-term real growth rate of the economy, but a sharp contraction is unlikely because consumers are in good shape with less debt and higher savings.”

Adding to the near-term case for FGLD is the point that some analysts see limited downside for gold in the months ahead.

“Although the yellow metal faces significant downside risks, it also benefits from tailwinds including recession risk, a price-responsive physical market, already scaled-back positioning and elevated inflation," wrote Suki Cooper, Standard Chartered precious metals analyst, in a report out last week. “The prospect of further rate hikes has quelled investor appetite. While we expect gold to trend lower towards USD 1,700/oz in Q4-2022, these factors are likely to limit the downside.”