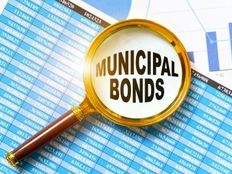 Headline risk remains in the fixed income space. On Wednesday, the Labor Department said that the June reading of the Consumer Price Index (CPI) checked in at 9.1%.

That increase was larger than expected and represents another 40-year high. It’s also stoking speculation among bond market participants that the next interest rate hike from the Federal Reserve could be as high as 1%. To put that 1% into context, the central bank’s prior three rate hikes this year total 1.5%.

Obviously, the more rates rise, the more pain is incurred by longer-dated bonds. On the one hand, there are opportunities in the middle of the duration spectrum, including with beaten-up municipal bonds. Enter the Franklin Dynamic Municipal Bond ETF (FLMI B-). The actively managed FLMI has an average duration of 5.73 years. Add to that, some experts are modestly bullish on munis, assuming some easing of interest rate volatility is realized this year.

“Although valuations look attractive, summer seasonal trends are historically favorable, and credit fundamentals remain sound, we continue to believe that near-term performance will remain dependent on interest rates,” according to BlackRock research.

While fixed income investors are understandably skittish as the Fed nears what could be a steep rate increase with more to follow, these are the times when active management has benefits. For example, FLMI’s managers can potentially lower duration risk as needed while still finding compelling credit opportunities.

On a related note, Florida, California, and Texas are the three largest state weights in FLMI. While Texas and Florida, the second- and third-largest states respectively, don’t levy income taxes, they are two of the fastest-growing states in the country, and that rapid population growth supports revenue collection on other fronts. For its part, California, the largest and one of the highest-taxing states, is running a record budget surplus, confirming it has robust resources with which to meet municipal bond repayment obligations.

To that end, BlackRock recommends an overweight position on the highest-quality state and local issuers with the sturdiest tax support.