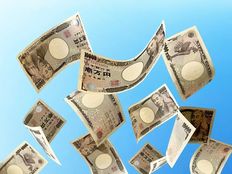 Earlier this week, the Federal Reserve boosted interest rates by 75 basis points, overtly signaling that the central bank intends to be more aggressive in its fight against inflation.

As a result, the U.S. dollar is one of the best-performing currencies in the world this year. Related to that, the Japanese yen resides at its lowest levels in more than two decades against the greenback. That trend is likely to continue, as the Bank of Japan is showing no intent of raising interest rates, and that lower-for-longer policy could eventually fuel rebounds for exchange traded funds, including the Franklin FTSE Japan ETF (FLJP A-) and the Franklin FTSE Japan Hedged ETF (FLJH B).

FLJP follows the FTSE Japan Capped Index, while FLJH is the currency-hedged equivalent of the former, suggesting that the latter could be an ideal way of capitalizing on the persistently weak Japanese currency. Indeed, that scenario is likely to linger for the foreseeable future.

“BOJ Governor Haruhiko Kuroda keeps saying it’s too early to cut back monetary easing and raise rates in Japan, where inflation remains relatively muted. In April, Japan’s benchmark inflation measure rose 2.1%, above the BOJ’s 2% target. But Kuroda insists that it’s not yet expected to stay above the goal in a stable, sustainable manner, especially without robust wage increases,” reported Yoshiaki Nohara for Bloomberg.

This year, Japanese markets are following their U.S. counterparts lower, but to its credit, the unhedged FLJP is beating the S&P 500 by almost 300 basis points. Additionally, foreign investors were net buyers of Japanese equities last week, potentially indicating that those market participants see value in Japanese equities and expect the yen will remain weak for some time.

When it comes to capitalizing on the tumbling yen, investors need to ensure an ETF has relevant exposure to Japan’s export story. The $736 million FLJP holds 507 stocks and is highly relevant in the export conversation. For example, the ETF devotes over 41% of its weight to industrial and consumer cyclical stocks and another 12.51% to the technology sector, according to issuer data.

As for the currency-hedged FLJH, that ETF is worth watching because it appears unlikely that Japan will act to stem the yen’s decline.

“Finance Minister Shunichi Suzuki has refrained from even mentioning the possibility of direct intervention in the currency market. If the government intervenes to strengthen the yen, it would be the first time since 1998, when it and the US joined in a massive coordinated yen-buying spree. Any one-sided moves from Japan this time would likely trigger some form of protest from the US side,” added Bloomberg.