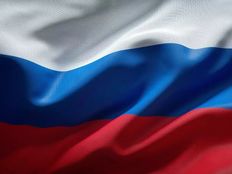 Look to These ETFs Once the Ukraine Crisis De-Escalates

If the Russian offensive into Ukraine turns out to only be some geopolitical posturing, investors should take a second look at Russia country-specific exchange traded funds.

Taking cues from the previous Russian and Ukraine conflict, analysts at Pictet Wealth Management argued that a resolution to the Russian-Ukraine geopolitical risk could support a rebound in Russian assets, MarketWatch.

“We could see significant upside potential for the MSCI Russia [Index] over a couple of months should a de-escalation scenario materialize (~35% in USD terms),” analysts at Pictet Wealth Management led by Julian Holtz write in a recent report.

ETF investors who are interested in tapping into a potential rebound in Russian markets could look to country-specific ETF offerings, such as the Franklin FTSE Russia ETF (FLRU C+), the VanEck Vectors Russia ETF (RSX B), and the iShares MSCI Russia Capped ETF (ERUS B).

Pictet Wealth Management analysts noted that the recent weakness in the MSCI Russia Index could be “fully attributable to valuations, whereas high energy prices have kept earnings expectations steady.”

The analysts also underscored currency risk, as Russia could allow its ruble currency to depreciate in value relative to the U.S. dollar, to support its economy in the face of Western sanctions. However, the downside risk for the ruble is limited since “Russia’s structural current account surplus (which should remain elevated because of the high oil price and a weak ruble), its low public debt and high FX reserves as well as the Bank of Russia’s credibility,” the analysts added.

“These numbers put to rest concerns that retail investors might have capitulated during the recent sell-off,” Andrey Kuznetsov, a strategist at state-owned investment bank VTB Capital who analyzed the numbers, told the Moscow Times.

“Institutional investors … were concerned that retail investors might give up on equity investing since there was a moment at which the sell-off wiped out all the spectacular gains of 2021. Yet, in reality, the opposite has happened. Retail investors brought a record amount of cash into the market,” Kuznetsov added.