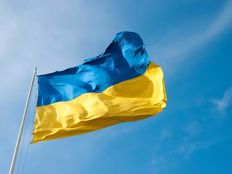 Russia ETFs Get Hit on Warnings of a Ukraine Invasion

While Russian troops have continued to amass along the Ukrainian border, Russia country-specific exchange traded funds have rebounded since the January lows, potentially reflecting increased complacency over a risk-off event like a full-on invasion that could happen any time.

Investors betting on the rebound in Russian equities were given a dose of what could come with a Russian incursion into Ukraine as the country-related ETFs plunged on Friday with the Franklin FTSE Russia ETF (FLRU C+) down 7.2%, the VanEck Vectors Russia ETF (RSX B) down 7.5%, and the iShares MSCI Russia Capped ETF (ERUS B) 7.7% lower.

The Russian ruble and Ukrainian hryvnia have recently been appreciating against the U.S. dollar in recent days, gaining 3% and 1.5%, respectively, for the month earlier on Friday, after hitting multi-year lows in late January, the Wall Street Journal reports.

“It’s extraordinary. I think it’s a naive read on the situation,” Timothy Ash, an emerging market strategist at BlueBay Asset Management, told the WSJ. “I don’t see any reduction in geopolitical risk. If anything, evidence shows that Russia is putting more troops into position.”

The uneven positioning on Russian markets could mean an extreme swing back in response to any escalation. A renewed conflict could trigger sanctions and aggressive moves in markets if risk is rapidly priced back in, analysts warned.

“It’s very hard to see Russian prices stay where they are. They will either get absolutely murdered or come screaming back,” Paul McNamara, an emerging market debt fund manager at GAM, told the WSJ.

This seems to be the case late Friday after the White House warned that Russian president Vladimir Putin could order an invasion of Ukraine at any moment, even before the February 20 end of the Beijing Olympics, and urged U.S. citizens still in Ukraine to evacuate the country within 48 hours, the Wall Street Journal reports.

“It is the time to leave now,” national security advisor Jake Sullivan said. “We are in the window when an invasion could begin at any time should Vladimir Putin decide to order it.”