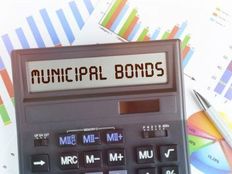 While economists and political pundits debate the recession status of the U.S. economy, investors may want to take steps to prepare for an economic downturn.

After all, failure to prepare is preparing to fail. An efficient avenue for adding recession protection to portfolios is with municipal bonds. Enter the Franklin Dynamic Municipal Bond ETF (FLMI B-)*. Indeed, bonds are struggling this year at the hands of multiple interest rate hikes by the Federal Reserve — a situation that could be amplified in September as traders are expecting another rate increase of 75 basis points.

Obviously, Fed rate tightening cannot be overlooked by fixed income investors, but that doesn’t alter the fact that municipal bonds are outperforming aggregate bond benchmarks this year. Nor does it diminish the point that FLMI is actively managed, meaning its managers can adjust duration. Strong credit quality — something FLMI possesses — is one reason municipal bonds can be durable during recessions.

“Nearly 70% of the broad municipal bond index is rated in the top two rating categories — AAA or AA. This compares to the corporate market where a little over 8% is rated either AAA or AA. Higher-rated issuers, on average, have more stable revenue sources and greater financial flexibility than lower-rated issuers. This can help buffer the negative financial impact of a recession,” noted Cooper Howard of Charles Schwab.

Another reason to examine FLMI as a recession protection asset is the point that nearly every state in the country, including some that previously appeared financially strained, is currently collecting taxes at an impressive rate.

“Rainy-day fund balances, which is money that states have set aside and can use during unexpected deficits, are at near-record levels. Even Illinois, the lowest-rated state, has a rainy-day fund balance in excess of $1 billion. That’s a substantial improvement from February 2020 when it was only $60,000,” added Howard.

Adding to the FLMI-in-a-recession case are the facts that recessions typically don’t result in significant amounts of municipal credit downgrades and the impressive performance of these bonds during rough economic climates.