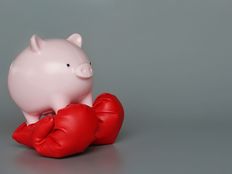 On the surface, the Franklin LibertyQ U.S. Small Cap Equity ETF (FLQS B-) may not strike many investors as the ideal equity avenue for surviving and thriving during a recession. However, some market observers are bullish on small-caps, even against the backdrop of a potentially rough economic pullback.

In fact, FLQS, which tracks the LibertyQ U.S. Small Cap Equity Index, could be a surprisingly sturdy consideration for investors looking to remain engaged with stocks during a recession. That’s despite small-caps’ reputation for elevated volatility.

Some of the reasons why FLQS could prove durable should a legitimate recession arrive include economists’ expectations that contraction will be brief and the improving earnings quality of smaller stocks.

Bank of America strategist “Jill Hall prefers small-caps over large caps: Small-caps are seeing much better earnings guidance, have held up better in inflationary/stagflationary backdrops and benefit from still better trends in services>goods spending. Jill also believed they have largely priced in recession risks, with the small cap equity risk premium at record highs and the recent peak-to-trough decline ~80% of the typical small cap decline around recessions,” according to a recent report from the bank.

Another point in favor of FLQS is that small-cap stocks already experienced significant peak-to-trough declines with some major small-cap benchmarks overshooting historical recession declines. As such, smaller stocks may already be pricing in more risk of economic contraction than large-cap counterparts. That could signal more recession vulnerability for large-caps.

“Jill sees scope for further small cap equity drawdowns in the 5-15% range, where there is more downside potential in large caps (Savita Subramanian’s floor scenario on the S&P 500 is 3000-3200, with a year-end target of 3600). Averting recession would keep the US in a Late Cycle Regime which would likely be bullish for small caps,” added Bank of America.

Further supporting the near-term case for FLQS are favorable valuations on small-caps and the aforementioned improving earnings quality in the group. Although valuation doesn’t always propel stocks higher, strong earnings growth is a legitimate catalyst that investors should acknowledge.

“Smaller companies also have stronger guidance than larger peers, with an above-average and improving earnings guidance ratio,” concluded Bank of America. “Small cap guidance is the strongest it’s been since 2007 relative to large caps, suggesting that small cap equities may be better positioned heading into a mild recession.”