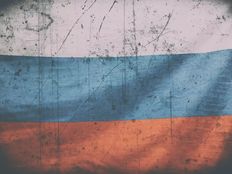 Russia country-specific exchange traded funds are plunging as the industry is beginning to cut exposure to the Russian markets.

Index provider MSCI will remove Russian stocks from its widely tracked emerging market indexes, warning that Russian equities have become “uninvestable” after Western sanctions against the country in response to the invasion of Ukraine, the Financial Times.

Russian stock markets have been closed, so traders have used the Russia country-specific ETFs to bet on where the underlying market was heading. The ETF structure allows investors to still trade the ETF, even if the underlying assets are frozen.

“For ETFs such as broad global ETFs or even broad EM ETFs where the Russia holding is limited, the ETF I guess will continue to hold the Russian assets, tracking a benchmark where these are removed,” Matthew Brennan, head of investment management at AJ Bell, told Bloomberg.

If or when the Russian markets do reopen, the index provider’s decision to cut Russia from its emerging market indices could make it even more likely that fund managers would exit their Russian positions.

“We’re in uncharted territory here,” Ben Johnson, director of global ETF research at Morningstar, told Bloomberg. “Two major index providers have effectively just told Russia that it’s on its own and that it’s stocks are worthless.”

MSCI warned it would remove Russian securities from its indexes after market close next Wednesday at a price “that is effectively zero”. The index provider stated that its decision was based on the “overwhelming majority” of those involved in a two-day consultation.

“We also have proactively advocated with our index providers to remove Russian securities from broad-based indices,” Rich Kushel, head of the portfolio management group for BlackRock, and Salim Ramji, global head of iShares and index investments for BlackRock, said in a joint statement on Thursday.