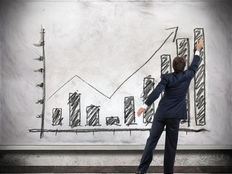 Inflation Is Coming Back

After years of rock-bottom interest rates and quantitative easing, inflation is slowly returning to the global economy in the form of higher consumer and wholesale prices. With central banks slowly stepping back, the big question is whether price growth can be sustained for the long haul.

Central banks have been fighting deflation since the height of the Great Recession, resulting in highly coordinated policy responses from the likes of the U.S. Federal Reserve, European Central Bank, Bank of Japan and Bank of England. Broadly speaking, these institutions target consumer price growth at around 2% annually. Although a higher inflation rate is costlier in economic terms, it is often a signal of rising domestic demand. It is the job of monetary policy setters to ensure that inflation and the money supply grow at a sustainable pace in support of broader economic goals (i.e., growth).

Central Banks: Where They Stand

A stronger Eurozone recovery has prompted the European Central Bank to begin rolling back its monthly asset purchases, although officials have said they will extend the deadline if necessary.

Bank of Japan has not announced any plans to roll back its massive stimulus program, but that can soon change thanks to faster economic growth. Japanese inflation has returned to positive territory, with the economy enjoying its longest stretch of uninterrupted growth in more than two decades.

Bank of England is in a unique position because inflation is currently overshooting its target after policymakers slashed interest rates to record lows following the 2016 Brexit vote.

Market participants can expect monetary policy to evolve further in these jurisdictions should inflation continue to heat up. Of course, they should also prepare for the possibility that inflation does not pan out as expected. There are several risks standing in the way of rising inflation, chief among them being the market’s response to policy tightening. There is no precedent for the size of central bank intervention of the past decade, raising concerns that the economy has become too reliant on easy monetary policy. Some fear that deflation and weak economic growth could follow any plans to normalize monetary policy.

In countries such as the United States, there is also growing concern over the quality of jobs being created in the economy. This is reflected in stubbornly low wage inflation the market has experienced since the recession. A continuation of this trend not only threatens inflation targeting, but the health of the economy more generally.

The interplay between inflation and monetary policy has a direct impact on investor sentiment. Nowhere is this more acute than the currency markets, where investors routinely “buy the rumor and sell the fact” on monetary policy decisions. For example, the U.S. dollar surged more than 20% between mid-2014 and 2016, a period that was defined by heightened expectations for rising interest rates. The dollar hasn’t performed nearly as well since the Fed started raising interest rates.

A similar trend is now being observed in the euro and British pound. A currency exchange-traded fund (ETF) like the CurrencyShares Euro Trust (FXE A) provides directional exposure to potential profit resulting from a higher euro. The Currency Shares British Pound Sterling ETF (FXB B) provides similar exposure to the U.K. currency.

Rising inflation and tighter monetary policy usually mean the economy is expanding, which is a positive sign for equities. Global stock markets surged in 2017 on pro-growth optimism. As the global recovery deepens and corporate earnings rise, stocks will continue to be in high demand. Investors wishing to gain exposure to the eurozone recovery without the currency risk will be drawn to the WisdomTree Europe Hedge Equity Fund (HEDJ B), which provides exposure to some of the region’s most promising stock markets.

Investors looking to play the high-flying U.S. equity markets without assuming too much risk may want to consider the Schwab U.S. Broad Market ETF (SCHB A), which has posted an average annual return of more than 15% over the last five years.

Although rising interest rates are generally believed to be bearish for gold prices, there is actually very little solid correlation between the two. The combination of a weaker dollar and amplified geopolitical risks have actually made gold more attractive. For a fund that buys gold bullion, investors may want to consider the SPDR Gold Shares ETF (GLD A-).

Finally, investors who are concerned with the adverse effects of rising inflation will find refuge in the IQ Real Return ETF (CPI A), which invests in various types of securities, including short-term bonds.

Although rising inflation is far from a guarantee, central banks are becoming more confident that the path will continue higher. Investors should, therefore, prepare for this reality while remaining critical of whether high inflation is sustainable for the long haul.