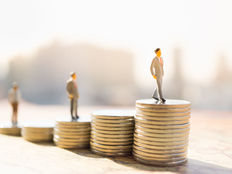 Should Investors Be Worried About Rising Inflation?

There has been much discussion about inflation over the past few months, though many analysts assume the current spike is temporary. According to a white paper from Tim Murray, Capital Market Strategist, Multi-Asset Division at T. Rowe Price, “10-year-forward inflation expectation for most developed market countries remains relatively muted, reflecting widespread assumptions that the inflation spike may prove temporary.”

He notes that extended periods of elevated inflation can bring higher interest rates, leading to a bond market sell-off. Additionally, he notes, “Significantly higher inflation historically has depressed equity valuations, a potential headwind for stocks. In such an environment, a higher correlation between stocks and bonds could diminish the diversification benefits of a balanced portfolio.”

Murray anticipates that though inflation will be higher than in the last decade, it won’t be high enough to be a huge problem. The pandemic added several wrinkles into the mix, with cars and travel both being affected. “We believe these trends are likely to moderate in the near term. Further, as seen in Figure 2, the recent inflation spike does not appear to have depressed equity valuations, likely reflecting the expectation that it will prove transitory.”

Housing costs and wage inflation will be important to monitor, especially as housing has been rising consistently throughout the past decade, and the increase in work-from-home practices might impact it. If wages go up, employers could start raising prices to meet labor costs. Murray thinks, “These two components could, in our view, generate more sustained inflation.”