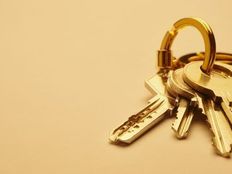 Are Gold Prices Putting Up a Buy Signal?

Gold prices could be starting to curry favor with investors again, potentially flashing a buy signal for the precious metal after starting the year strong and then languishing in the tail end of the first half.

Rising interest rates and a strong greenback have been pushing gold prices down over the last few months. However, as inflation fears start to turn into recession fears, gold’s status as a safe haven asset could come to the forefront again if economic growth falters in the second half of 2022.

From a technical analysis standpoint, charts could be pointing to future bullishness as well. CNBC’s “Mad Money” host Jim Cramer referred to technical charts that could be supporting the buy signals.

“The charts, as interpreted by the legendary Larry Williams, suggest that the general public’s giving up on gold en masse and he thinks that that makes it the perfect entry time to do some buying,” Cramer said per a CNBC report.

Data from the Commission’s Commitments of Traders report is showing that small speculators are eponymously holding smaller long positions. When the same thing happened in 2019, gold rallied, and history could be repeating itself in the current scenario.

“That would be too glib, but he points out that in the last 9 years, whenever their net long position in gold has been this low, the actual metal has rallied. And the best-selling points all came at moments when they had large long positions,” Cramer said.

How to Get Gold Exposure in 1 ETF

One ETF to consider that mimics gold prices but doesn’t require the additional task of storage is the abrdn Physical Gold Shares ETF (SGOL A), which seeks to reflect the performance of the price of gold bullion. Fund facts per SGOL’s fact sheet: