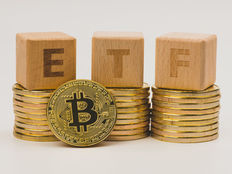 ARK became the first ETF issuer to announce a fee for its proposed Bitcoin ETF, according to a report by the Financial Times.

ARK initially filed with the SEC at the end of June to launch the ARK 21Shares Bitcoin ETF.

The new disclosure says that the ETF will pay 21Shares a unified fee of 95 basis points, from which 21Shares will pay all operating expenses. As a result, the proposed Bitcoin ETF’s expense ratio would likely match this sponsor fee.

Neena Mishra, director of ETF research at Zacks Investment Research, told the Financial Times that Bitcoin ETFs would carry higher fees than other ETFs because of custody costs.

This is because all proposed Bitcoin ETFs, including ARK’s, would be physically backed, meaning that the funds will hold Bitcoin in cold storage.

The Coinbase Custody Trust Company is listed as the custodian of the ARK 21Shares Bitcoin ETF.

According to Mishra, because ARK is the first ETF to announce a fee, other funds that have yet to announce fees will be trying to match or undercut ARK’s expense ratio. “If all bitcoin ETFs launched on the same day, the cheapest one would be the top seller,” she said.

21Shares, the Swiss company which ARK has partnered with to launch its Bitcoin ETF, specializes in crypto in Bitcoin exchange-traded products (ETPs). The firm launched the world’s first physically backed Bitcoin ETP.

If approved, the ARK 21Shares Bitcoin ETF would trade under the ticker symbol ARKB on the Cboe BZX Exchange.