The ARK Next Generation Internet ETF (ARKW) is an actively-managed fund from the team at ARK Invest. The advisory firm, led by Catherine Wood, has an impressive track record doing what most stock pickers fail to do: beating the market.

The stated goal of ARKW is to invest in companies that are poised to profit from advances in cloud computing, e-commerce, big data, artificial intelligence, mobile technology, social platforms and financial technology. The fund’s biggest holdings include familiar names like Tesla, Square, Amazon and Roku, as well as lesser-known firms like Splunk and 2U.

ARKW’s management fee of 76 basis points might seem pricey in the ultra-low-cost world of passive ETFs, but it’s cheap for active management. It appears to be worth it. ARKW has returned nearly twice as much over the past five years as the First Trust ISE Cloud Computing Index Fund (SKYY). SKYY isn’t all that cheap either, charging 60 basis points for a fund that simply tracks an index, and lags behind ARKW’s performance to boot.

For skeptics worried ARK has been lucky rather than good, ARK’s flagship Innovation ETF (ARKK) has routinely outperformed passive rivals like State Street’s popular index-tracking Technology Select Sector SPDR Fund (XLK). But ARK is known for high-conviction bets, and the firm has come under fire for its outsized wager on Tesla.

Any actively-managed product is ultimately a wager on the portfolio managers who pick the stocks. ARK’s products are geared toward investors who have the fortitude and faith to ride out short-term blips in favor of long-term gains. ARKW is an interesting choice for investors who believe in the long-term prospects of the internet of things, and are willing to pay a slightly higher price for an active manager that might deliver an outsized payoff.

The adjacent table gives investors an individual Realtime Rating for ARKW on several different metrics, including liquidity, expenses, performance, volatility, dividend, concentration of holdings in addition to an overall rating. The "A+ Metric Rated ETF" field, available to ETFdb Pro members, shows the ETF in the Large Cap Growth Equities with the highest Metric Realtime Rating for each individual field. To view all of this data, sign up for a free 14-day trial for ETFdb Pro. To view information on how the ETFdb Realtime Ratings work, click here. 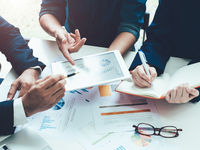 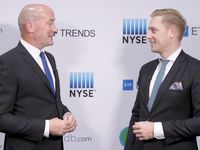 For anyone not familiar with ARK Invest, they have a suite of ETF strategies dedicated to helping... 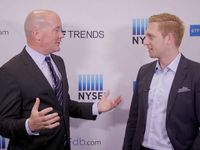 New disruptive technologies are changing the way we interact with the world, providing growth...