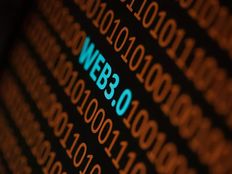 Despite crypto descending into a bear market, Binance has raised $500 million to start a venture capital fund focused on Web3.

“Bear markets are often when the best opportunities come about, when people are actually able to focus on building technology rather than getting distracted by short-term price activity,” Arianna Simpson, a general partner at Andreessen Horowitz told CNBC.

Binance Labs, the investment arm of Binance, plans to use its funds to invest in new crypto start-ups. “We are looking for projects with the potential to drive the growth of the Web3 ecosystem,” Ken Li, Binance Labs’ executive director of investments and M&A told CNBC. The scope of projects may include infrastructure, nonfungible tokens, and decentralized autonomous organizations.

Since its inception, Binance Labs has incubated more than 100 projects around the world, including the popular NFT game Axie Infinity, 1inch, Dune Analytics, Elrond, Polygon, and The Sandbox.

Chinese-Canadian entrepreneur Changpeng Zhao founded Binance in 2017, developing it into the world’s largest digital currency exchange. “Exactly how it’s going to shape up, what exactly Web3 looks like, which company, which projects — nobody knows,” Zhao said, adding, “Before Facebook started, nobody could predict that. We’ll just have to see what turns out.”

Web3 remains relatively new, and hard to grasp for many. As Web 2.0 came into being, it crystallized the importance of data, but many Web 2.0 apps and technologies have data as an afterthought. Web3’s premise revolves around centering data in its architecture, but its shape remains elusive to many, in part because it is something of a new frontier. New tech, new blockchains, and new ideas are being iterated on daily and though cryptocurrencies might seem mired in an endless winter, Web3 is very much in the earliest days of spring.