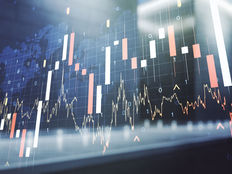 Bitcoin has often been tagged as an uncorrelated asset with respect to the stock market, but it bobbed and weaved last week amid the Russian invasion of Ukraine. The crypto markets have been steadily rebounding after a wild week, but what do investors expect next?

Bitcoin’s association to a risk-on asset was on full display as the leading cryptocurrency dropped to $34,000 again. It fell to $33,000 near the end of January before recovering to a high of $45,000 two weeks into February.

Bitcoin’s volatility has been well-documented, though it has been less prone to large price swings over the last few years. It was a matter of time before another big move showed up, but the question remained whether that move would be up or down.

“On the markets, we’ve known for some time that a big move was coming — this usually happens after periods of consolidation, and activity in the options market was pointing to this also — but we didn’t know in which direction,” said Noelle Acheson, head of market insights at Genesis, in a CNBC report. “Now we know: both.”

The latest market moves by bitcoin and the S&P 500 have been showing a correlation between the two as investors turned down the risk dial on both amid the Russian invasion of Ukraine. The ProShares Bitcoin ETF (BITO ) was moving practically in lockstep with bitcoin’s price during the past month, giving investors an alternate form of bitcoin exposure.

“The correlation has been over 0.5 on two other occasions, and each time reverted back to lower levels,” Acheson added. “It is likely that we see the same again, as risk investors cede price-setting ground to longer-term investors who see bitcoin as an insurance asset in times of geopolitical uncertainty, currency turmoil and inflation. What we don’t know is when this will happen.”

What's Next for BTC?

The latest push higher could also have been attributed to a short squeeze, according to data from market intelligence firm Glassnode. If Russia and Ukraine come to the negotiation table, the short positions could have the edge moving forward, but if the conflict continues, bitcoin’s movements could very well stay in unison with the way the stock market indexes are behaving.