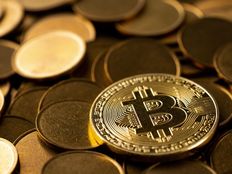 Bitcoin is finally getting a reprieve from nine weeks of losses after the leading cryptocurrency saw its prices go green amid a long Memorial Day weekend. Still, questions remain on whether the rally can sustain itself, particularly with market headwinds like inflation still providing roadblocks for more rallies.

April’s inflationary numbers, the core personal consumption expenditures price index, in particular, was slightly less than March, giving investors and economists alike hope that inflationary pressures could be subsiding. Despite rising consumer prices, spending increased and marked a shift toward more service-oriented sectors as the weather begins to get warmer.

“Consumers remained undaunted by inflation last month, strongly increasing spending and changing their mix to more services such as at bars and restaurants, and travel and recreation as the weather warms,” said Robert Frick, corporate economist at Navy Federal Credit Union. “The spending was fueled in part by higher wages, and also by Americans drawing more money out of savings, which is a giant stockpile of at least $2 trillion.”

CoinDesk also noted that traders may still be skeptical despite the recent uptick in Bitcoin and other cryptocurrencies. Ongoing inflation and rising interest rates have been triggering talks of a potential recession, which could upset the markets further — if the crypto markets continue to correlate with traditional markets, this could make for further weakness in Bitcoin’s prices.

“While it is plausible that BTC can continue its reversal after posting its first green weekly candle in 10 weeks, the persistent macro headwinds make us cautious in the immediate term,” said FundStrat, according to a CoinDesk article.

If the rally does sustain, investors have options — instead of opting to invest directly in bitcoin, investors can turn to exchange traded funds (ETFs) that target bitcoin futures as opposed to the cryptocurrency itself. For investors worried about security via online cryptocurrency exchanges, the ProShares Bitcoin ETF (BITO) offers the opportunity to invest with confidence in a traditional market exchange — in this case, the New York Stock Exchange.