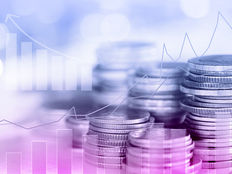 Coinbase has written a letter to the SEC supporting the conversion of the Grayscale Bitcoin Trust (GBTC) into an ETF. The conversion is currently in the comment period, where members of the public are allowed to weigh in on the matter.

The letter makes a number of arguments in favor of the conversion. Noting that GBTC offers a tried-and-true way for retail investors to gain exposure to bitcoin, Coinbase makes the case that the ETP vehicle should be allowable, especially considering that a futures-based product exists. The letter states, “section 6(b)(5) forbids exchanges from maintaining rules that unfairly discriminate between issuers. We are of the view that a rejection of Arca’s proposal would be in direct conflict with Section 6(b)(5) of the Exchange Act. As noted in Arca’s proposal, the reference rate used to price Bitcoin contracts underlying futures-based ETPs is subject to the same pricing quality risks as the index used to price spot Bitcoin and calculate net-asset value in spot ETPs.”

Coinbase’s support is notable because as a bitcoin exchange, it stands to potentially lose revenue should a spot bitcoin ETF garner approval. Exchanges like Coinbase currently benefit from being one of the only ways for investors to gain exposure to bitcoin and cryptocurrency in general. An ETF wrapper would offer retail investors a simple alternative form of access, potentially cutting into the income that Coinbase generates through transaction fees.

In a series of Tweets last December, Coinbase chief legal officer Paul Grewal outlined the company’s stance. “What’s right is right,” Grewal wrote. “Good on the SEC for permitting futures-based ETPs. But there is no rational basis for disallowing a spot-based ETP while allowing a futures-based ETP – both are reliant on bitcoin’s underlying price.”

Grayscale filed for the conversion in October of 2021. In December, Grayscale also made noise when it prepared to sue the SEC with a pre-action letter arguing that the SEC’s decision to allow a futures ETF but not a spot bitcoin one is “arbitrary and capricious.” Traditionally, derivatives like futures have been considered less safe than holding an asset directly, but bitcoin runs counter to that. The SEC has shot down several spot ETFs but approved futures-based products.

Interested people can follow these directions to submit comments to the SEC by February 25th, when comments close.