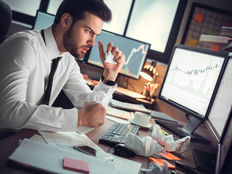 Crypto Rally Could Mean Drawdown Coming to an End

Bitcoin’s long drop may be subsiding, as the digital currency rallied past $42,000 off stronger-than-anticipated jobs data and adoption from two credit unions.

The digital currency’s woes had come at a time when the market in general was reeling. In an email to CoinDesk, Marcus Sotiriou, an analyst at Global Block, said, “Despite U.S. jobs data on Friday being better than expected, global markets responded positively to the news, as investors admire the strength of the labor market. This positive reaction ignited a bounce for the crypto markets too. Bitcoin broke out of two similar downtrends on the RSI within the past year, which both resulted in incredible rallies, hence potentially foreshadowing a Bitcoin rally to the upside.”

Bitcoin and ether are both up 3%, and Ripple’s XRP token led gains among major cryptocurrencies with a 16% increase, taking it to just over $0.77. This is the first time that ether has been over $3,000 since January 21.

The rally comes while the markets are also up. “The current panic and volatility surrounding bitcoin is based on a fundamental misunderstanding of it as an asset class,” said Ed Hindi, chief investment officer of Swiss-based cryptocurrency hedge fund Tyr Capital, to Reuters. “When valuations on the Nasdaq fall, misguided institutional investors start liquidating bitcoin positions en-masse as if it were a tech stock.”

The Invesco Alerian Galaxy Crypto Economy ETF (SATO ) is a beneficiary of the rally, with many of its holdings seeing a boost from bitcoin’s leap. SATO is up 5.15% today.

Further good news is on the horizon as well, as a bipartisan group of representatives introduced the Virtual Currency Tax Fairness Act in Congress, which would exempt small cryptocurrency transactions of under $200 from taxes. This could greatly simplify the tax code for small transactions.

With movements matching the market and more institutional acceptance on the horizon, now could be an ideal time to get into the cryptocurrency ecosystem as it becomes increasingly mainstream. There’s still an opportunity to buy the dip.