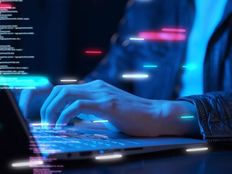 Russia has recently announced that it is withdrawing some of its troops amassed around the border of Ukraine. Cryptocurrencies climbed on the news, with bitcoin gaining 4% early in the day and ether rising 7%.

Despite this positive news, geopolitical tension is still high in the region, with Russia noting that it would still keep a bulk of its forces there for military exercises and with the Ukraine foreign ambassador remarking he would believe the withdrawal when he saw it. NATO Secretary General Jens Stoltenberg said the alliance had not yet observed “any sign of deescalation on the ground.”

In times of high geopolitical tension, safe haven assets tend to perform well, as war and unrest can roil markets. Even though they are volatile assets, cryptocurrencies are thought of by some as safe havens.

“Bitcoin is labeled by some as a stateless currency, and it has indeed performed well in the past when there were geopolitical tensions, so we could expect some demand as a safe haven asset,” said Yuya Hasegawa, crypto market analyst at Japanese bitcoin exchange Bitbank, to CNBC.

Markets and bitcoin have both been down of late, as geopolitical tensions intersect with supply chain shortages, inflation, and a host of other volatility-inducing woes. This means that it could be an ideal time to take advantage of discount prices and get exposure to cryptocurrency. The Invesco Alerian Galaxy Crypto Economy ETF (SATO ) invests across the crypto industry, touching a variety of services and market caps.

“If we are in a bear market we’ll see another eight or nine months of sideways to down [movement], which is an opportunity for the tourists to leave the market and the real players to continue building this technology,” said Chris King, CEO and founder of Eaglebrook Advisors. Low periods allow for the industry to focus and solidify its infrastructure, which could be great news for funds like SATO.

With political tensions seemingly at an all-time high, advocates of cryptocurrency have plenty of reason to feel bullish about the future of digital assets despite some recent hard months. If bitcoin and other crypto continue to gain mainstream acceptance, they could become effective safe haven assets.

According to Rodrigo Vicuna, chief financial officer at Prime Trust, “Use cases in adoption are burgeoning. We’re just beginning to scratch the surface of where a lot of blockchains are going.”