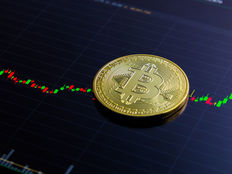 El Salvador Under Pressure by the IMF Over Bitcoin

The country of El Salvador looks to be leveraging its economic future on leading cryptocurrency bitcoin, and it’s making the International Monetary Fund (IMF) nervous.

Looking to help boost economic growth in the country, El Salvador decided to make bitcoin legal tender in September, 2021. At the time, it seemed like the right move, but amid a global sell-off that’s seen bitcoin’s price plunge below $40,000 after reaching a high of almost $70,000 in late 2021, the bet is starting to sour.

Like a gambler looking to double down and recoup losses, El Salvador has been doggedly buying the dips in the leading cryptocurrency. Salvadoran President Nayib Bukele has been behind the crypto bets with gusto, announcing via Twitter last Friday that the country purchased an additional $15 million of bitcoin.

“The International Monetary Fund is pushing El Salvador to ditch bitcoin= as legal tender, according to a statement released on Tuesday,” a CNBC report says.

The bitcoin purchases are just the tip of the iceberg for El Salvador. President Bukele is also looking to leverage bitcoin to create bonds backed by the cryptocurrency in order to raise $1 billion to build a Bitcoin City.

According to the CNBC report, IMF directors “stressed that there are large risks associated with the use of bitcoin on financial stability, financial integrity, and consumer protection, as well as the associated fiscal contingent liabilities.”

Long-term investors and short-term traders alike can also look to buy the dip if they sense a comeback in bitcoin prices ahead. However, there are other ways to play it — namely via bitcoin futures.

Getting Less-Risky Exposure to Bitcoin

As opposed to directly investing in the cryptocurrency itself, another way to get alternate exposure to bitcoin is to play its future price increases. As such, ETF investors may want to play on this bullish notion with the ProShares Bitcoin ETF (BITO ).

ProShares dispelled myths regarding the leading cryptocurrency’s futures. Specifically, the company addressed how commodity futures and bitcoin futures do share some similarities.

That said, having a veil of regulation that governs the commodity markets applies to bitcoin futures. Conversely, bitcoin tokens by themselves can trade on unregulated exchanges, leaving investors prone to possible hacks.

“Bitcoin futures operate in the same manner as other commodity futures, which provides several key benefits,” ProShares said. “They are traded on futures exchanges that are highly regulated to ensure market integrity and protect against market manipulation and have price stabilization rules to guard against ‘flash crash’ events.”