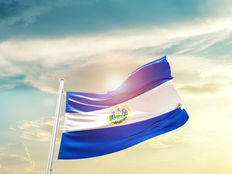 Fidelity indicated in a note that more countries could follow the lead of El Salvador and adopt bitcoin as a legal tender.

“If bitcoin adoption increases, the countries that secure some bitcoin today will be better off competitively than their peers. Therefore, even if other countries do not believe in the investment thesis or adoption of bitcoin, they will be forced to acquire some as a form of insurance,” Fidelity said.

When viewed solely through the lens of bitcoin price, El Salvador has lost about $10 million since adopting bitcoin last year and making it mandatory for all businesses to accept it. There’s plenty to suggest that the move might still bear fruit. Cryptocurrencies in general have been enormously successful, and they have achieved mainstream acceptance, indicating that more growth could still come.

Countries that have banned mining, like China, have seen those businesses flee elsewhere, to the benefit of their competitors on the global stage. “It isn’t surprising that we think an outright ban will be difficult to achieve at best, and if successful, will lead to a significant loss of wealth and opportunity,” the note says.

Fidelty’s note also points out that the infrastructure bill has several laws baked in around cryptocurrency that are set to go into effect in 2024. Amendments and other laws could be passed between now and then, further legitimizing cryptocurrency and setting the stage for countries that embrace it early to gain an edge.

“We therefore wouldn’t be surprised to see other sovereign nation states acquire bitcoin in 2022 and perhaps even see a central bank make an acquisition,” Fidelity’s note concludes.

Accepting cryptocurrencies into your portfolio could have a lot of advantages, and one interesting way to do it is through the VanEck Digital Transformation ETF (DAPP C+). DAPP focuses on the crypto equity space, investing in payment platforms, miners, and the digital infrastructure that makes cryptocurrencies possible.

As more countries adopt crypto, crypto equities are primed to grow. The correlation between equities and the price of the currencies is low enough that investors can also sidestep some of the volatility inherent to the space through equities.