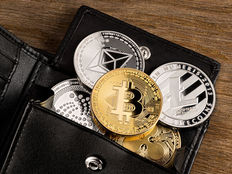 Bitcoin and ether could become more commonplace in salary negotiations for millennials as some prefer to be paid in cryptocurrencies, according to a global poll by deVere Group.

“More than a third of millennials and half of Generation Z would be happy to receive 50% of their salary in Bitcoin and/or other cryptocurrencies, reveals a new survey,” a press release noted. “The findings from a global poll carried out by deVere Group, one of the world’s largest financial advisory, asset management and fintech organizations, show that 36% of those born between 1980 and 1996; and 51% of those born 1997 and 2012, would welcome their jobs to pay in digital currencies.”

Millennials have watched the crypto space grow alongside them since the introduction of leading cryptocurrency bitcoin in 2009. In that same timeframe, technology has grown substantially, which has also been a large part of millennials’ lives.

“They’ve been influenced by the enormous surge in tech as they came into adulthood. They are comfortable using and see the value in and massive potential of digital currencies," said deVere CEO and founder Nigel Green. “They appear to trust an autonomous decentralized digital currency and payment system over a traditional system where legacy financial institutions and governments are in control.”

Bitcoin is continuing its 2021 surge after reaching all-time highs last month. Right now, the leading cryptocurrency by market capitalization is trading just above $66,000.

“With more than a third of millennials and half of Gen Z happy to receive 50% of their salary in Bitcoin and/or other cryptocurrencies, they clearly believe that crypto is the inevitable future of money," Green added.

Given this recent poll data, it’s also not surprising to see that millennials are also the most comfortable when dealing with the new digital asset class. A recent Bankrate survey found that nearly half of millennials have attained a certain degree of comfort when it comes to investing in cryptocurrencies (versus 37% for Generation Xers and 22% for baby boomers).

That level of comfort can be easy to attain when some analysts are predicting that bitcoin could reach as high as $150,000. The relatively new asset class is still quite volatile, but youth can typically translate to less risk aversion.

“Some millennials aren’t just comfortable with cryptocurrency, but actually think it’s the top place to invest,” a Bankrate article notes. “About 12 percent of millennials think Bitcoin or other cryptocurrency is the best way to invest money that they won’t need for 10 years or more, according to the survey.”