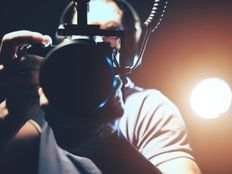 "This is Not Financial Advice" on Wild Retail Years

Conversation With the Cast of "This Is Not Financial Advice"

Future Proof hosted a talk back with creators of the upcoming character-driven documentary, “This is Not Financial Advice.” Ritholtz Wealth Management CEO Josh Brown moderated a discussion with director Chris Temple and participants Senay Kenfe and “dogecoin millionaire” Glauber Contessoto.

Born out of the pandemic, “This is Not Financial Advice” began as director Temple began seeking the dopamine highs of trading and rejecting the monotony of quarantine life. Unexpectedly, he formed community with others. In his director’s statement he writes, “Making this character-driven film was cathartic, and illuminating for my own relationship with FOMO, fear, and greed. The more I filmed with individuals getting caught up in the hype of “get-rich-quick” crypto schemes, the more easily I could see their mistakes—and my own.”

With meme stocks like Game Stop and AMC creating a whirlwind in the financial world, “This is Not Financial Advice” follows the rise of retail investing and captures the emotional rollercoaster that has been the last two years.

Contessoto drained all his accounts, maxed out two credit cards, invested all $180,000 in dogecoin, and become a millionaire 69 days later. Upon seeing coverage of his story in mainstream media outlets such as the New York Times, Contessoto found glee in the thought of people with suits and ties reading about him. He exclaimed, “I beat the system, b*tch!”

10% of people own 70% of the stocks in the stock market, speaking to some of the appeal many outsider retail investors have in beating the system. Kenfe spoke to his own journey becoming an investor as someone outside of the system.

The film, according to Temply, will feature cameos from Elon Musk and speculate about how social circles used to just be the people around an individual, but social media has created a wide-reaching public square where the wealthiest person in the world is suddenly visible and seemingly accessible.

“How can we really stand for something if we’re just going to sell out when we make some profit?” Contessoto asked, discussing the pressure to avoid selling. He also had choice colorful language for “big banks” and “the system” which has made money hand over fist over the common person.

Updating on how he’s done since filming, Contessoto has “diversified” with bitcoin and ether. Kenfe sold Gamestop stock at a choice moment, reinvesting his gains. “I reach out to people in my neighborhood who are unfamiliar with the compounding life changes possible through the stock market,” Kenfe said.

Brown noted that, though this is in an “extreme” version, there are many universal connections people will have to the highs and lows experienced by the characters in the film.

Temple mentioned that he was fascinated by the collective sense of FOMO in people who didn’t invest in stocks like dogecoin. He told a story about walking with Contessoto to Costco and Contessoto remarking about how he had just made $300,000 saying, “What am I doing with my life, how do I make $300,000 while I’m walking to Costco?”

“It’s just a new way of doing things that the retail investor is discovering,” Contessoto said, noting that he was well aware of how more traditional investors sought to diminish him. “I get love, I get hate, I get ridiculed, I get called crazy. At this point, it doesn’t affect me anymore.”

Kenfe spoke to the ability of people to find their own unique paths to success, pushing aside people disparaging his investment strategies. He sees the money as speaking for itself. “This is America, right? We have people — the Roosevelts, who were trading opium in China. A hundred years later — two presidents.”

Asked how he made the decisions he did, Contessoto said he just used common sense. Everyone told him not to buy Tesla, but his investment tripled. When Robin Hood turned off the “sell” button to prevent a short squeeze, he was struck by how rigged the system appeared to be. This made crypto make sense to him as the next place people would want to go. Dogecoin made sense to him as the cheapest crypto and, given its support from Musk and meme nature, he saw its rise as inevitable.

Given the uncertainty of the future, Kenfe spoke to many in his generation seeing retirement as an impossibility through traditional methods, especially given how inaccessible some of that is to younger people who don’t have the resources. He wanted to set up his future as well as his present.

“There’s real risk when you get obsessed with the world of 24/7 crypto trading,” Temple said. The film has been submitted to Sundance, and Temple is currently in conversation with a number of streaming platforms.