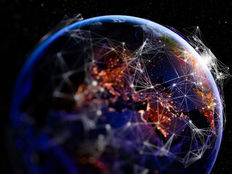 Will the U.S. Become the Global Fulcrum for Crypto?

The introduction of a bitcoin futures ETF in the U.S. was a telltale sign that the world’s top economy could be the global hub for cryptocurrencies and blockchain if it wanted to be.

While other countries were already early adopters in the digital currency space, the U.S. could prove that being first doesn’t always translate to market dominance. The sheer size of the U.S. GDP alone could help propel crypto and blockchain usage to the next level in terms of adoption.

Of course, it will take help from a receptive U.S. government, and lately, that help has been there. The bitcoin futures ETF from ProShares itself faced an upward climb on the SEC’s legal mountain to approval, but its entry into the New York Stock Exchange showed that the U.S. wasn’t averse to crypto.

“On Oct. 6, Gary Gensler, head of the U. S. Securities and Exchange Commission (SEC), confirmed during a House Committee on Financial Services hearing that the regulator will not ban cryptocurrency, potentially blazing the path for the world’s largest economy to become the global leader in the development of decentralized finance (DeFi) and blockchain technologies,” a Cointelegraph article said.

“Fed Chair Powell says he has no intention to ban #Bitcoin and cryptocurrencies.” pic.twitter.com/i2zfRPk1je

Mass adoption of cryptocurrency and blockchain is already surfacing in the world’s bottom line, according to data from Statista. The numbers show that the banking sector is seeing the widest adoption of the disruptive tech, particularly blockchain, as worldwide spending on blockchain solutions is set to tally over $6 billion in 2021.

As for the U.S alone, it accounts for over 50% of the global blockchain investments based on data (sourced from Deloitte) published on Spendmenot. Data also revealed that over half of U.S. executives surveyed said that their respective organizations are hiring blockchain staff.

“As we have been seeing, U.S. regulators are incorporating the cryptocurrency industry into its financial system — allowing the traditional banking system to work alongside the new and fast-growing decentralized financial system,” the Cointelegraph article said further. “This could enable the U.S. to become a frontrunner in fintech development, blockchain technologies and even into more unconventional parts of decentralized finance such as insurance, trade finance and fundraising.”

If the U.S. is to become the proverbial rising tide that lifts all boats, it only makes sense that the world’s top economy leads the way for crypto and blockchain. Right now, it ranks seventh on the 2021 Chainalysis Global Crypto Adoption Index, which it could someday improve to get to the top spot — something that could come in due time as more decentralized use permeates through the rest of the country.

“The goal of our index is to provide an objective measure of which countries have the highest levels of cryptocurrency adoption,” a Chainanalysis blog said.