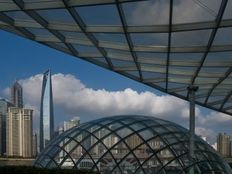 The global economy is weakening and China’s export-based economy is hurting. The Chinese stock market has dropped like a stone from an airplane; the Chinese housing-sector bubble has popped; and the Chinese steel industry (the largest in the world) has seen massive declines in the price of steel. All of these factors are producing a large headwind for an economy that is expected to soon overtake the United States as the largest in the world.

For an investor with a long-term perspective, the slowdown in the Chinese economy could prove to be a historic buying opportunity. The Chinese economy is still growing at an impressive 6.9% annually, and the domestic economy of China is strengthening because of higher wages and a more-educated workforce.

Investing across international borders is not simple; there is increased risk due to currency exchange-rate fluctuation. In response to the economic headwinds, China has devalued its currency to boost its export sector. If left unhedged, the devaluation of the yuan will reduce the total return of a foreign investor’s gains in the Chinese equity market. Luckily, there are currency hedged ETFs that manage the foreign-exchange-rate risk while allowing diversified investment into China’s equity market.

Reasons for the Chinese Economic Slowdown

Chinese manufacturing contributes to about a third of the Chinese GDP. Almost all manufacturing in China is for export purposes. The economic slowdown across the world has been confirmed by the IMF, and the global growth forecast has been set to 3.3% in 2015. Some of the largest trading partners with China have been hard-hit by the global slowdown. The United States, Hong Kong, Japan, South Korea and Germany are China’s top five trading partners, and all of these countries have experienced reduced demand for exports.

The real estate sector accounts for about 25% of China’s GDP; this estimate includes all services that go into producing, decorating and maintaining a real estate property. Plunging housing prices will hurt affluent Chinese, who have poured much of their savings into investment properties. Additionally, a wave of real estate developer defaults will occur if prices continue to stay low or fall lower.

There has been a decline in the automobile sector in China and the construction sector, and an increase in Chinese environmental concern. These three factors produce headwinds for the Chinese steel industry. China is the largest producer of steel on the planet, producing about half the world’s supply.

In reaction to the strengthening U.S. dollar and a slowdown in the global economy, China has employed almost all known methods to boost its economy, finally arriving at a devaluation of its currency as a last resort. China already has devalued its currency once, and it is highly possible Beijing will use this powerful economic tool again.

A devaluation of the yuan increases the international competitive strength of the Chinese export sector. As referred to above, the Chinese economy heavily relies on exports. Export businesses rely on global pricing power to remain solvent, because companies can pick up and manufacture in cheaper countries if costs become too expensive.

Investing in China, Without the Yuan

While the Chinese economy is slowing, it still is projected to become the largest economy in the world – making it a great investment. Further, the Chinese stock market had a dramatic sell-off earlier in the year, making its value attractive to global investors.

One of the major risks to investing in China is the continued weakening of the yuan. As a foreigner looking to invest in China, your local currency first must be converted to yuan, and then that yuan is used to purchase Chinese securities. The reverse must occur when you wish to cash out of your investment. If the yuan continues to fall against a global basket of currencies, the gains from your investment will be reduced by the losses incurred when converting from yuan back to your local currency.

Image courtesy of KEKO64 at FreeDigitalPhotos.net 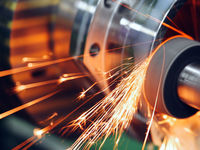 Aberdeen is building on its range of commodities ETFs with the launch of a new fund that will... 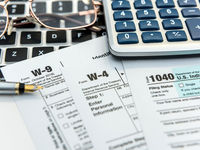 Once again, tax talk is front and center on Capitol Hill. The Biden Administration wants to raise... 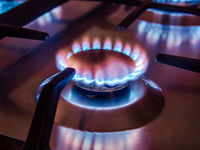 It Could Be An Expensive Winter for Natural Gas

Global supply of natural gas has been at some of its lowest reserves thanks to a year of historic...