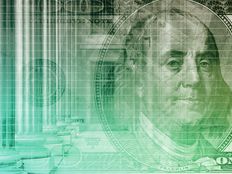 Currency Hedged ETFs Are Not All The Same

Investors worried about currency fluctuations can look to currency hedged ETFs. Here’s how they work.

Currency fluctuations can be problematic for investors. If not hedged properly, gains in one part of a portfolio can be lost by the down cycles within currency values in another part of the portfolio. Investors in the US, for example, see this issue all the time with global or non-US investments eating into profit that had been realized at the US dollar level.

Exchange Traded Funds (ETFs) often use certain tactics to help investors reduce foreign exchange risk and provide an offsetting short position in the foreign currency to match the total notional principal of the underlying portfolio, typically through the use of a forward or a futures contract. A forward allows an investor to lock in the price of a currency today, regardless of fluctuations.

It stands to reason that the multiple-currency hedging ETF strategy looks at regions or company sizes. For example, if currencies rise against the US dollar, the actual makeup of the fund becomes less important if the fund’s manager was long on those currencies. The fund would have gained on these rising currencies.

Given the US’ strong economy and rising dollar, foreign investors are not only betting on the stocks and bonds of a particular country, but also on their local currency against the dollar. Other regionally hedged ETFs include:

Although currency hedged ETFs are a great way to remove currency risk, they do have their drawbacks. For example, in countries that are dependent on exports, such as Japan and South Korea, currency appreciation can have a severe effect on economic growth. As a result, non-currency hedged ETFs may be a natural hedge against currency-induced economic distress.