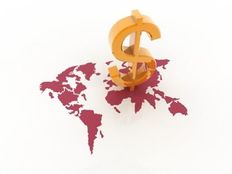 Currency-Hedged ETFs Still have Plenty of Room to Run

The recent pullback in the U.S. dollar amid heightened levels of volatility across global equity markets has prompted many to soften their rate hike expectations at home. Prolonged expectations of a low-rate environment have in turn not surprisingly sparked a debate as to whether or not currency-hedged ETFs still have room to run, or if this once-hot trend is fizzling out.

Over the weekend, investors were greeted with stimulus talks from overseas. First and foremost, Chinese officials announced fresh stimulus to boost the economy along with building expectations for more to come (per usual). Second, during the annual IMF meeting ECB President Mario Draghi reminded everyone that his bank has at least $795 billion still to spend in his quantitative easing program.

In other words, the eurozone could see a fresh stimulus announcement in the face of persistently anemic growth and inflation data.

On the home front, not much has changed in terms of policy expectations. While the Fed may have been delayed in raising rates last time around, it appears to remain on course for a hike later this year or early 2016.

Talk about a mixed policy picture when you consider the “easing” efforts by central banks overseas.

So are U.S. dollar bears right to suggest that the currency-hedged fad is on its last legs in light of the Fed’s hesitation to pull the “hike trigger”? Or will the fact that the Fed is still bound to be the first to raise rates among major central banks going to be enough of a tailwind to fuel the outperformance of currency-hedged products over their local currency-denominated counterparts?

Before we attempt to formulate an outlook, let’s gain some perspective by examining how each major slice of the equity market has performed thus far; for each comparison, we’re going to look at how the traditional, unhedged ETFs (listed first in each pair) have fared compared to their hedged counterparts. Please note visuals are courtesy of Barchart.com and based on trailing one-year daily returns.

In the case of developed market equities, it appears that the currency-hedged (HEFA A-) has fared better than its unhedged counterpart, the well-known (EFA A) ETF. Perhaps most importantly, there doesn’t appear to be a very large narrowing in the outperformance gap between the two in recent weeks, which suggests that the current trend is likely to persist; that is, HEFA should continue to outperform EFA.

Right off the bat we can see the performance gap in emerging markets equities is much tighter; nonetheless, the currency-hedged (DBEM A-) has maintained a fairly consistent lead over the unhedged (EEM A-). Similar to developed markets, there haven’t been any meaningful changes in the outperformance gap between the two ETFs since the August lows.

Not surprisingly, the unhedged (EZU B+) has trailed behind its hedged counterpart (HEZU B) in light of continued easing efforts, and expectations are for even more to come on the part of eurozone policymakers. In this pair, it’s worth noting the performance gap has narrowed when comparing pre- and post-August turmoil ETF returns. Perhaps this suggests that in the case of European equities long-term investors may wish to give greater consideration to the possibility of the euro reclaiming lost ground versus the dollar when looking ahead, more so than in the case of developed and emerging markets.

After considering all the returns comparisons above, it’s clear there have been no meaningful reversals amid the recent turmoil that would suggest that unhedged ETFs are going to overtake their hedged counterparts’ performance lead. Price is the best indicator, so until we see returns suggest otherwise, currency-hedged ETFs are still going strong.

When we also take into account the Fed’s policy stance, and its economic outlook relative to that of other major central banks, it appears that the U.S. is still leading the way in terms of bracing for monetary policy tightening, whereas everyone else is still very much entrenched in stimulus mode.

It’s likely that currency-hedged ETFs will continue to outperform their unhedged counterparts so long as monetary policy and economic expectations in the U.S. and abroad remain unchanged. However, the outperformance gap should narrow eventually as the dollar’s gains are bound to slow as currency exchange rates around the globe revert to the mean over time.

Image courtesy of sscreations at FreeDigitalPhotos.net