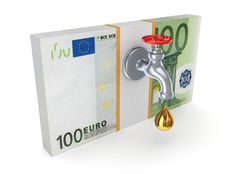 Central banks around the globe are embarking on yet another round of monetary and quantitative easing. This particularly is true in Europe, where the European Central Bank, or ECB, recently reiterated its commitment to doing whatever is necessary to combat deflation. Weakening economic conditions in the Eurozone, punctuated by falling demand, has caused fear that the Eurozone is about to enter recession.

In response, ECB President Mario Draghi has conducted a wave of measures designed to keep the European economy afloat. Since March 2015, the ECB has purchased 60 billion euros worth of bonds per month to help revive inflation. However, economic conditions have continued to deteriorate. For example, prices in the Eurozone rose just 0.1% in October 2015, sparking fears of impending deflation.

Investors should take note of these developments. Fortunately, many exchange-traded funds, or ETFs, have built-in currency hedging.

Why Currency Hedging Is Important

Changes in exchange rates can have significant effects on an international investment, even if the underlying investment itself performs well. For example, if an international investment returns 5% in a given period but the U.S. dollar strengthens 6% against that investment’s local currency, then the investment actually loses 1% of its value. In light of the drastic steps the ECB has been taking to resuscitate the European economy and the resulting erosion in the value of the euro, currency risk is a very important consideration investors need to take seriously.

Not only that, but the ECB maintains other quantitative easing measures. Currently, the ECB’s deposit rate is negative 0.2%; this means the ECB charges the banks to keep cash there. A negative rate incentivizes banks to lend money.

Because of the ECB quantitative easing measures, the euro weakened further against the U.S. dollar and recently touched $1.06. Some economists and foreign-exchange traders have raised the possibility of euro-dollar parity.

Another example is the SPDR EURO STOXX 50 Currency Hedged ETF (HFEZ ) issued by State Street. This is the currency-hedged alternative to the SPDR EURO STOXX 50 ETF (FEZ A-). Again, currency hedging has worked very well this year (2015). The HFEZ ETF has outperformed its unhedged counterpart, FEZ, by five percentage points since its inception on June 10, 2015.

Watch This ETF as Copper Prices Begin to Fall