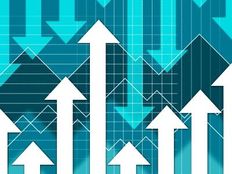 The Pros & Cons of Currency-Hedged ETFs

One of the main attractions of exchange-traded funds (ETFs) is that in addition to offering cheap, broad, core building blocks for portfolios, they also allow retail investors to access some sophisticated tools. One of the latest such contrivances is currency hedging.

Most investors are unaware that buying international stocks comes with a unique set of headaches. That’s because an international ETF is priced in dollars, but the underlying investments are priced in local currencies. Translating those two sets of currencies back and forth can actually warp the returns of the underlying stocks and ETF. And in some cases, turn gains into losses.

While this is the obvious point, many investors actually don’t have any idea how currency and its movements affect their international stock holdings. Take a look at Europe for example. Last year, the Vanguard FTSE Europe ETF (VGK A) produced a negative 7.09% return. However, the underlying FTSE Developed European Index, when priced in euros, was actually up 7.4%.

The reason for the difference was that the euro fell hard against the dollar. As investors used dollars to buy the ETF, which then translated those dollars into euros to buy the ETF’s holdings, the difference in the change actually caused a loss for the ETF. By using a currency-hedged ETF, the movements in the currency would be mitigated and investors would get local euro price returns.

Exposure to Just the Business:

By using a currency-hedged ETF, investors gain access to just the underlying businesses and stocks. Without the currency fluctuations, the underlying stock’s earnings, sales, and dividends are free to shine. As such, stocks will rise based on their own merit, not just because of currency changes.

Income seekers may want to look at currency-hedged ETFs, too. One of the beauties of international investing is that many stocks overseas have generous payout rates as they are usually based on a percentage of profits, not just a fixed rate each quarter. The problem is that currency changes crimp some of that yield. A high dollar means that it takes more euros, pounds, yen etc. to make a buck. Ultimately, it’ll reduce the actual amount you’re getting paid. But, by hedging your currency risk, you’ll actually receive the full payout.

Previously, if you wanted to hedge your currency risk, you needed to buy currency swaps, or go long various futures or currency pairs in the FOREX markets. To effectively do this, it takes plenty of skill and initial investment capital. That made currency hedging pretty much off limits for smaller retail investors. However, by using currency-hedged ETFs, all these issues are taken care of at a fraction of the cost. For example, the iShares Currency Hedged MSCI EMU ETF (HEZU B-) only costs 0.58% with fee waivers, or $58 per $10,000 invested, in expenses. Using swaps would cost nearly five to ten times that amount.

Currency doesn’t always move against investors. Sometimes it can be a powerful tool for additional gains. People forget that before the credit crisis, the dollar was falling against the euro and yen. That drop added a powerful boost to developed-market international stocks. A more extreme example is when Switzerland removed its euro-peg on the Swiss franc back at the beginning of the year. The Swiss Market Index fell 8.67% on the news. Hedged-U.S. investors lost about 17% while unhedged investors gained about 9%.

While currency ETFs are much cheaper than using swaps and futures, they are still a bit more expensive when it comes to general ETF prices/expenses. The iShares MSCI Germany ETF (EWG B+), which is the un-hedged version of HEWG. costs only 0.48%. On the other hand, the expense ratio of Currency Hedged MSCI Germany ETF (HEWG B) is higher at 0.53%. That difference is not that significant, but nonetheless it’s something to consider.

According to research conducted by Morningstar, the long-term benefits of hedging vs. not hedging are basically equal. That’s because currencies don’t always move in the same direction forever. Over the longer haul, upswings and downswings basically cancel each other out. So if you’re saving for retirement and have 20 or so years to go, there might not be any benefit to hedging your currency exposure.

With currency hedging becoming a hot trend in ETFs this year, investors need to weigh the pros and cons of the strategy before they pull the trigger on one of the many new hedged products. Depending on timeline, situation and expected outcomes, they may want to hold off on doing so. 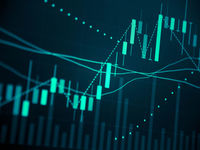 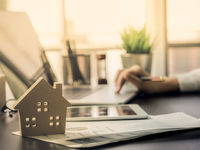 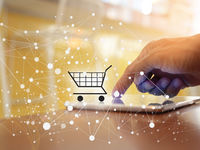 Is the Future of Retail Online? Check Out This Leveraged ETF

Online shopping is no longer a niche component of the retail sector, and traders can keep playing...