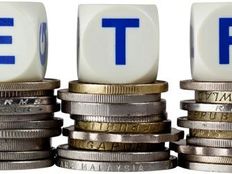 Should You Love Currency Hedged ETFs?

Currency-hedged exchange-traded funds (“ETFs”) have become extremely popular among international investors due to the weakness in the euro and yen relative to the U.S. dollar over the past several months. During the first half of 2015, 40% of ETFs with the largest capital inflows were currency-hedged products, while sponsors have jumped on the bandwagon by launching a growing number of new currency-hedged ETFs into the market.

In this article, we’ll take a look at why currency-hedged ETFs matter as well as some important considerations for investors interested in them.

Suppose that an investor buys $10,000 worth of an international ETF that invests in European equities across the board. If the international ETF rises 10% in value, he or she may be tempted to believe that they made $1,000 in profit – or 10% of the original $10,000 investment. The problem is that the $1,000 in profit has to be discounted by the change in the value of the euro compared to the U.S. dollar, since the proceeds must be converted back into dollars.

These dynamics can have a significant impact on an international investor’s profitability. For example, Germany’s stock market returned just over 4% in 2014, but U.S. investors lost more than 8% after converting euros back into dollars. Figure 1 demonstrates these differences by looking at the currency-hedged German ETF’s relative performance since its launch in mid-2014 compared to the non-hedged German ETF by the same issuer.

The strong U.S. dollar – driven by the Federal Reserve’s anticipated rate hike in late-2015 or early-2016 – is making these significant losses an increasing reality for international investors that hold equities or bonds denominated in weaker currencies like the euro or yen.

Currency-hedged ETFs are designed to offset currency fluctuation risks by entering into foreign exchange agreements on an institutional level. By doing so, the headline gains in foreign investments translate directly to gains in U.S. dollars-based returns. The cost of establishing these hedges is extremely low in developed markets due to pervasive low interest rates, although emerging markets may face higher carrying costs given their higher interest rates.

Either way, currency-hedged ETFs enable investors to base their decisions on the merits of a given investment rather than global macro trends’ impact on a currency. These dynamics could help improve long-term risk-adjusted returns by making it easier to analyze investments.

The problem with currency-hedged ETFs is that they may reduce diversification by removing the currency impact from an investment. For instance, if the U.S. dollar depreciates and interest rates remain low, foreign currencies could rise in value and currency-hedged ETFs would suffer. The U.S.-based investors would not benefit from the improvement in a foreign currency and the portfolio would underperform.

A second hidden cost has to do with the potentially high cost of hedging a currency in the case of emerging markets like Brazil. Since some countries have much higher interest rates, the carrying costs of the derivative positions can eat into profitability and make the “breakeven” benefit harder to reach. That is, the amount spent on the currency hedge must be made up in the form of a depreciation in the foreign currency.

Currency-hedged ETFs have become extremely popular in light of the U.S. dollar’s strong performance relative to many other foreign currencies. While these trends appear poised to continue with the Federal Reserve’s hints at hiking rates, investors should be aware of the drawbacks in order to make an informed decision on the best options for their portfolio.