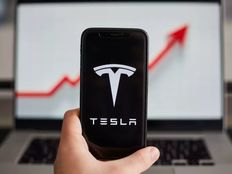 Putting aside all the hoopla surrounding Elon Musk’s attempted takeover of Twitter (NYSE:TWTR), Tesla (NASDAQ:TSLA) closed at $985 last Thursday. Shares of Musk’s electric vehicle juggernaut are higher by 33.15% over the past year.

While Tesla stock remains a battlefield of dissenting opinions — both bullish and bearish — some analysts believe that the stock is worth significantly more than the aforementioned April 14 closing price.

As ARK Investment Management analyst Tasha Keeney points out, “the bull and bear cases, tuned to the 75th and 25th percentile Monte Carlo outcomes respectively, are approximately $5,800 and $2,900 per share.” So even if $2,900 — the bear case — for Tesla stock comes to pass, it’s potentially worth roughly triple where it closed on April 14.

While Tesla is primarily viewed through the lens of electric vehicle sales, and rightfully so, the company has other irons in the fire which could propel the shares higher over the long term.

“Tesla’s prospective robotaxi business line is a key driver, contributing 60% of expected value and more than half of expected EBITDA in 2026,” adds Keeney. “Across our simulation set, we expect electric vehicles to constitute 57% of the company’s revenue in 2026, albeit at substantially lower margins than robotaxi revenue.”

Another point in favor of Tesla is that, in ARK’s estimation, the company is increasingly capital-efficient, and those efficiencies are being realized at a breathtaking pace.

Those efficiencies indicate that Tesla can boost margins over time and that capital is no longer a possible cap on the company’s growth ambitions. Interestingly, as the ARK analyst points out, the fund issuer’s assumptions on Tesla stock do not factor in the company’s energy storage business, its artificial intelligence operations, or its robotics arm, each of which could have compelling growth going forward.