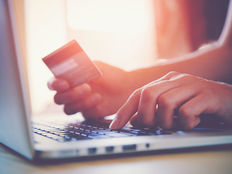 ARKW Gateway to the Shoppiness of Social Media Apps

The social commerce phenomenon — the intersection of online retail and social media — is taking off, bringing with it a variety of potentially positive implications for e-commerce and social media companies alike.

Sounds like an invitation to rush to internet exchange traded funds, but a little bit of homework can go a long way on this front, and that diligence could reveal the ARK Next Generation Internet ETF (ARKW C+) as the preferred ETF option for leverage with the social commerce theme.

Signs are mounting the $6.35 billion ARKW, an actively managed fund, could have some of the best social commerce credentials in the ETF space.

Last week, “social media giant TikTok announced a partnership with Shopify to introduce in-app shopping and a host of other e-commerce features to its popular short-form video platform. This announcement marks the latest in a long list of social media sites dabbling in e-commerce,” according to ARK Invest research.

“As the combination of convenience and personalization enhances engagement, social platforms are likely to win either directly, through sales commissions, or indirectly, through advertising. Based on ARK’s research, during the next five years, social commerce is likely to grow 50% at a compound annual rate from approximately $390 billion to nearly $3 trillion,” according to ARK.

“For retailers, never has it been easier to set up shop and sell to a global customer base. With the reach of platforms like Facebook, Instagram, TikTok, Snapchat, and Pinterest, retailers have access to millions, potentially billions, of customers, a reach limited historically to the largest companies in the world,” adds ARK Invest.

On an unrelated note, ARKW is quietly becoming a backdoor play for regulated sports betting. DraftKings (NASDAQ:DKNG) is a top 10 holding in the ETF, and ARK has recently been adding shares of sports betting data provider Genius Sports (NYSE:GENI) to the ARK roster. Those are important facts given some of the estimates surrounding sports betting and iGaming. By some estimates, 70% of the U.S. population will have access to legal sports wagering by 2030 with 45% having access to regulated online casinos.