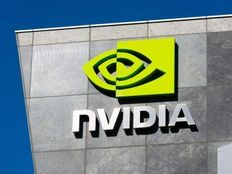 NVIDIA has evolved into a key enabler of the life sciences industry with graphics processing units (GPUs), which were originally developed for the gaming industry, now being used to accelerate computational tasks like deep learning.

GPUs allow researchers to process the data explosion associated with life science tools like DNA sequencers and analyze the complexity of biological systems, according to Simon Barnett, director of research, life sciences, at ARK Invest.

The enhancements include the company’s new partnership with The Broad Institute, a global leader among biomedical research institutions. The Broad Institute will integrate NVIDIA’s Clara Parabricks tools for DNA sequence analysis into its cloud-based research platform, Terra, helping tens of thousands of researchers across the globe.

NVIDIA will also optimize Broad’s GATK toolkit, an industry-standard software that identifies genetic mutations, for GPU-based analysis. “With Parabricks and Terra, researchers will be able to access first-in-class community algorithms like Google’s (GOOGL) DeepVariant, which we believe will cement NVIDIA’s role as a leading life sciences research platform,” Barnett said.

“In our view, this technology will lower barriers to entry, enable life science researchers to develop and scale LLMs for biological problems, and accelerate the discovery and development of novel medicines,” Barnett wrote.