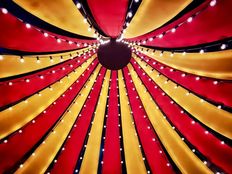 The Active ETF Tent Is Getting Larger

Despite representing just 4% of ETF assets at the end of the first quarter of 2022, actively managed ETFs pulled in 11% of the net inflows in the first three months of the year. Such a strong yet diverse active asset management presence was also represented on stage at Exchange: An ETF Experience.

Among the speakers were Holly Framsted, whose firm Capital Group launched a suite of core active ETFs such as the Capital Group Growth ETF (CGGR ) in February to a suite that already had more than $700 million in assets; Hamilton Reiner of JPMorgan, who manages the JPMorgan Equity Premium Income ETF (JEPI A), which launched in May 2020 and had over $8 billion in assets; and Greg Friedman of Fidelity, which has taken well-established mutual fund strategies and made them available for ETF-focused advisors with funds like the Fidelity Blue Chip Growth FCBG.

Yet two sessions that stood out to me were the ones with Brett Winton of ARK Invest and Chris Davis of Davis Advisors. Not only did I have the pleasure of interviewing them, but they take completely different approaches.

Winton is the director of research with ARK Invest, the firm behind concentrated, active disruptive technology ETFs such as the ARK Innovation ETF (ARKK B+) and the ARK Next Generation Internet ETF (ARKW C+). His colleague Cathie Wood also was a speaker at the conference. Wood was encouraged by interviewer Bob Pisani to respond to the recently written and negative commentary from Morningstar that cited a lack of depth to the team running ARK’s ETFs as well as why ARKK became more concentrated

This is why Winton’s appearance was so compelling, as he was able to address ARK’s research process and also alleviate investor concerns that Wood was running a one-woman band.

“Our research is a combination of top-down research and bottom-up research. Often, analysts will start out and do an intricate cost decline curve using Wright’s Law to understand how costs are declining,” Winton told the audience. “Then they turn around and do unit economic cases; meaning, what is the marginal buyer of this technology going to buy, and what are they going to get? And can I make a case of different sectors and different customer types that builds into our expectation for the overall size of the technology.

I asked him to describe his firm’s investment approach. “What will people wish they had done today, five years ago?’” Davis explained to the Exchange audience. “So we’ve made categories that were so unpopular. Think about a concentrated-focus U.S. value approach. True active, totally different than indexes, no momentum strategy. Just deep value with enormous cash generation durable businesses.”

Both DUSA and DFNL own stakes in Berkshire Hathaway (BKR.B), Capital One Financial (COF), and Wells Fargo (WFC), which is at the polar opposite of the investment world from what is found in ARK ETFs.

The actively managed tent is likely to continue to expand with firms such as Matthews Asia and Morgan Stanley among the firms expected to offer new products before the Exchange ETF conference in February 2023. But as was on display at this year’s conference, many ETF strategies are very different from each other.