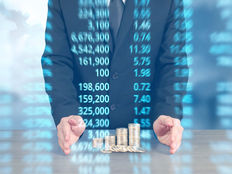 There are lots of dividend funds out there, and so the SmartETFs Asia Pacific Dividend Builder ETF (ADIV ) flies under the radar despite its unique investment thesis.

ADIV focuses on quality dividend growth in the Asia Pacific region, home to a third of the world’s total population. This is one of the fastest-growing regions on the planet, and ADIV is positioned to harness that growth. With dividends becoming more commonplace in the region, the opportunity for growth is off the charts. Yet despite outperforming its peer group year after year, ADIV has largely gone unnoticed and underrated.

Well, that’s not entirely true. Morningstar recently rated ADIV a four-star fund, making it the only four-star fund in its category. The category features no five star funds, effectively making ADIV the top of its class.

ADIV was up 11.30% last year, while its closest competitor was only up 5.36%. It has an impressive track record dating back to its 2006 inception, consistently outperforming its peer group.

The emerging markets sector is poised for a breakout year, and ADIV could benefit from exposure to the sector. ADIV features 37 holdings from 10 countries, six of which are in emerging markets. These are roughly equally weighted. Over the past two decades, Asian economies have diversified and matured. Some of ADIV’s holdings include Qualcomm, a semiconductor firm that had explosive performance at the tail end of 2021, and Taiwan-based Elite Material Co Ltd, which manufactures laminates for printed circuit boards.

Because the firms on ADIV’s roster are quality-focused, they tend to be able to roll with rough economic storms. ADIV may not have the flash of a high-yield fund with its focus on growth, but in times of market drawdowns, the consistency and reliability of its holdings won’t go unappreciated.