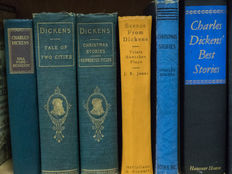 The famous Dickens quote, “It was the best of times; it was the worst of times” aptly describes the current state of dividends. After 2020’s dismal dividend season, 2021 is seeing multiple companies increase dividends. The S&P 500 is up 24% on the year, and by all accounts the economy is humming. Despite record payouts, however, yields are an anemic 1.3%, the lowest they’ve been since September 2000.

“Investors are choosing more targeted value-oriented ETFs, or they’re choosing more broadly diversified ETFs, rather than owning companies that have historically increased dividends,” Todd Rosenbluth, director of ETF and mutual fund research at CFRA Research, told CNBC. “The stocks with attractive yields are in more defensive sectors like Utilities and Consumer Staples, and investors are favoring growth over those defensive sectors."

Howard Silverblatt, senior index analyst at S&P Dow Jones Indices, concurred with Rosenbluth’s take. “If earnings continue to rise, you should continue to see dividends rise, however, it’s hard to live on dividends because those yields are so low.”

Dividends rose 4% from one year ago, and 6.5% from the pandemic low of the third quarter of 2020. Yet even though corporate America is doling out more dividends than ever, yields remain low. The recovery has boosted cash flows, allowing corporations to put money into buybacks and dividends. Silverblatt noted, “Dividends have indeed gone up because cash flows have increased. However, you are not getting a bigger piece of the pie, because money is being spent in other areas.” Silverblatt also elaborates that corporations have been spending more on buybacks than dividends, and that they have reduced their capital expenditures. Buybacks are easier for companies to control, as they can be stopped or increased at will, but dividends and capital expenditures are hard to reverse.

These stats could put a bleak spin on what feels like an optimistic moment otherwise, but there are plenty of signs of hope. Yields are likely to rise if cash flow continues to improve next year. There is no reasonable reason to expect growth to go sideways. Dividend ETFs have seen positive inflows, even if traditional dividend stocks have been lackluster.