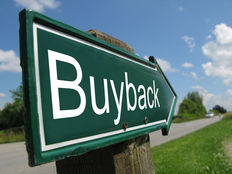 S&P 500 stock buybacks, currently at $204 billion this quarter, are set to surpass the record of $223 billion set in the fourth quarter of 2018, according to Howard Silverblatt, senior index analyst at S&P Dow Jones Indices.

“The resurgence of buybacks and dividends really tells us that companies are feeling a lot more secure about where the economy is heading,” said Ken Johnson, investment strategy analyst at the Wells Fargo Investment Institute, adding, “with that confidence comes their ability and willingness to issue those distributions.”

Some analysts see the buyback push as partially fueled by concerns over a potential buyback tax proposed by Senators Sherrod Brown (D., Ohio) and Ron Wyden (D., Oregon). Brown said, “Instead of spending billions driving up their own stock prices to line executives’ pockets, Wall Street should be reinvesting in workers.”

In the announcement Wyden added, “Mega-corporations used the windfall from Republicans’ 2017 tax cuts to juice their stock prices and reward their wealthiest investors and their executives through massive stock buybacks.”

Skeptics of the proposal argue that share repurchases have become the dominant form of corporate payout. A consumer finance survey notes that, “ownership rates of corporate equities increased between 2016 and 2019, driven by families in the lower half of the income distribution.”

Ed Yardeni, president of Yardeni Research, doesn’t think that a 1% tax will really have much impact on buybacks in the long run, even if it sparks concern. “It’s such a piddling increase. One percent is not going to do much of anything.”

Despite hubbub around the proposal, Johnson remains optimistic. “We expect dividends and buybacks to continue to rebound into 2022 and beyond.”

Dividends set records in the third quarter and are on pace for a monster year, despite relatively low yields of 1.3%. Despite overall low yields, plenty of large-cap companies are exceeding the anemic average. Johnson & Johnson (JNJ) has a 2.6% yield, and Coca-Cola (KO) hit 3% recently.

BMO Capital Markets chief investment strategist Brian Belski notes, “It’s not about the absolute level of yield, it’s about how you are growing the yield.” Belski sees 10% to 15% compound annual earnings growth for the S&P 500 over the next three to five years. “Given where the payouts have been, there’s a lot of room to increase [that], so that bodes well for these dividend-paying stocks and the dividend-growth stocks in the United States.”