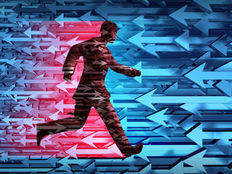 Are Taiwan, South Korea and Israel Developed or Emerging Markets?

Based on its classification system that considers (1) per capita income, (2) export diversification, and (3) degree of integration into the global financial system, the International Monetary Fund (IMF) announced more than ten years ago that Taiwan, South Korea, and Israel were classified as developed markets.

So it may come as a surprise to some investors that stocks listed in these countries account for a meaningful portion of assets in a number of emerging markets ETFs, including the iShares MSCI Emerging Markets Index Fund (EEM A-) and the Vanguard Emerging Markets ETF (VWO A+).

The explanation for this apparent contradiction is rather simple, but far from satisfactory for serious investors: there is no single widely-accepted framework for determining whether a country is classified as developed, emerging, or frontier. Since being coined by Dutch banker Antioine van Agtmael in the late 1970s, the term emerging market has vaguely referred to economies with high growth expectations accompanied by high levels of risk and expected volatility.

In an IMF working paper titled What Is An Emerging Market?, author Ashoka Mody begins by highlighting the various results for a definition of emerging markets delivered by a simple Google search:

“The countries listed in these definitions range from Kenya with a per capita income of $350 in 2000 to Mexico with per capita income just above $5000,” writes Mody. “What is common across them? Good growth prospects appear desirable, but may reflect wishful thinking since only a handful of developing countries have grown at consistently higher rates than advanced economies.”

Almost all benchmark providers agree on the status of the BRIC economies – Brazil, Russia, India, and China – as the “core” emerging markets that make up a significant majority of total asset allocations. But beyond these four countries, discrepancies begin to arise in emerging markets classification systems.

Dow Jones, for example, excludes Hong Kong and South Korea, instead giving greater weight towards the BRIC economies. As such, ETFs based on Dow Jones emerging markets benchmarks (i.e., those offered by Emerging Global Advisors) may be more “pure play” funds, excluding those economies that border between developed and emerging status.

Three of the primary methodologies most often used include:

For investors looking to make a “pure play” on emerging markets, exposure to quasi-developed economies such as Taiwan and South Korea might not be so desirable. Both of these markets seem to fall much closer to the U.S. on the development spectrum than true emerging markets such as China and Brazil. The following comparison of per capita GDP, literacy rates, life expectancy, and Human Development Index score show the differences between these “borderline-developed” economies and the major components of the BRIC bloc, China and Brazil.

As the above statistics show, South Korea, Taiwan, and Israel seem much more closely aligned with the U.S. when it comes to developed status than they do with Brazil and China.

Read more about emerging markets and the opportunity they offer to investors — be sure to also see ETFdb.com’s complete List of Emerging Markets ETFs.

Emerging markets offer an unparalleled opportunity over the long-haul for anyone willing to stomach the inherently high levels of volatility associated with this asset class. It’s important that investors take their time to look under the hood before making an allocation as there can often times be important differences between seemingly-identical products. Always do your research so that you may uncover any limitations before you’ve committed your capital to any one product in particular.