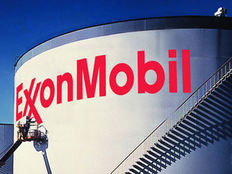 There’s energy stocks and then there’s energy stocks. The largest integrated giants, like Exxon Mobil (XOM) or Chevron (CVX), feature assets, reserves and economies of scale that are the envy of the entire sector. They’ve managed to parlay those attributes into some of the best dividends, buyback programs and share price returns for investors.

But that was then and this is now.

Since the shale boom, Big Oil has faltered and fallen behind its smaller, more nimble rivals on both the production and returns front. In fact, investment bank Goldman Sachs research shows that despite shale being the number one source of future oil production, Big Oil owns less than 5% of the total amount of U.S. shale oil resources. Even with the recent downturn, shale is still where it’s at for the energy sector. That’s a problem for Big Oil as it continues to face dwindling reserves and production from its legacy wells and fields.

With that in mind, investors may want to focus their attention away from Big Oil into those smaller and quicker moving energy stocks. Luckily, there are plenty of energy ETFs that turn the attention away from the big boys to these firms. Here is ETFdb’s look at some of the best non-Big Oil plays.

One of the best ways to avoid Big Oil is to go where Big Oil doesn’t tread. The energy sector is filled with a multitude of sub-sectors full of niche players (read: smaller players that continue to churn out steady revenues and share price returns). Hiding out in these sub-sectors can be a great way to profit from continued oil demand, while eliminating the problems with Big Oil.

When fracking first took shape, it was natural gas that originally powered the concept and boom. The bulk of the firms profiting from rising natural gas production and demand are smaller. FCG tracks the ISE-REVERE Natural Gas Index, an equal-weighted index comprising firms that derive a substantial portion of their revenues from natural gas. As for its portfolio, there’s only one Big Oil stock, Norway’s Statoil (STO), among its holdings. That gives investors a chance to participate in shale’s hottest players.

Some of the best gains in the energy sector can be had in the unconventional oil plays outside of shale. Coal bed methane, coal seam gas, tight natural gas, tight oil, and oil sands/bitumen production are specialized energy plays with which Big Oil tends not to spend any time dealing as these relatively expensive fields and assets don’t produce enough “oomph” to move the needle. However, for smaller firms they do. FRAK tracks a basket of these unconventional energy players, as well some shale players. There’s zero Big Oil exposure, but FRAK does include holdings in those larger independent energy stocks. Those major independents have been some of the strongest performers since the boom began.

It takes a lot of technological known-how to frack a well in shale or drill in deep water. To that end, the oil services stocks may be a big buy for longer term investors. The oil services stocks make money from producers, Big Oil or otherwise, for their various products, drilling applications, or well completions. XES provides targeted access to this market segment and doesn’t hold any of the major energy producers. What investors are left with are the firms doing the physical “heavy lifting” when it comes to energy production and exploration. No Big Oil Required.

Like many market sectors, the energy industry is full of a multitude of firms of different sizes. Perhaps the easiest way to avoid Big Oil, with its lowered production and dwindling returns, is to focus on the complete opposite: Small Oil. Small-cap energy stocks are often seen as a major source of supplies for larger firms and can be huge winners if they hit gushers when prospecting.

PSCE tracks the S&P SmallCap 600 Capped Energy Index. This measure is a market-weighted index of all the energy stocks including E&P firms, refiners, pipelines, oil services stocks, etc., in the broad small-cap S&P 600 Index. PSCE provides zero exposure to Big Oil and instead tracks some of the fastest moving energy players across all sub-sectors. All in all, PSCE is the easiest way to go opposite Big Oil in a big way.

RYE could be a great bet for investors who want some Big Oil exposure (Exxon is still a decent company) but don’t want a ton of it. The ETF is equal-weighted, which means that XOM can’t pull and influence the fund more than any other component. Equal-weighting also allows smaller firms to shine through. At the end of the day, the strategy has paid off big time. RYE tracks all the energy firms in the S&P 500, equally. So Big Oil is there. It’s just they can’t do as much.

The biggest trend in ETFs these days is smart-beta or fundamental indexing. Here, fund sponsors use various screens and requirements to craft a rules-based index that hopes to outperform the bread-and-butter broad indexes. The energy sector is no different. Big Oil is often absent from many of these smart-beta funds that look at certain growth factors.

PXI lets everyone become a trader. The ETF is based on the Dorsey Wright Energy Technical Leaders Index, which is designed to identify companies that are showing relative strength (also called momentum). In other words, it identifies firms that are moving upwards in share price and fast. Given their slow moving stature, Big Oil is almost always absent from PXI’s portfolio. This makes the fund a play on the faster moving smaller firms and their share price accession.

While there is nothing inherently wrong with Big Oil, they do come with their own set of warts. For investors looking to get rid of the group’s nasty attributes such as slow growth, dwindling production/reserves and recent weak returns, there are plenty of ETFs that take Big Oil out of the energy sector. The previous picks are a great place to start.

Disclosure: Author is Long the Vanguard Energy ETF (VDE A), which holds XOM and CVX.