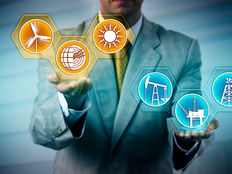 Energy Transition Not the Root Cause of European Crisis

The European energy crisis might not be due to a mistimed or mismanaged pivot to clean energy, but rather geopolitical circumstances and gambles that did not pay off, according to an article from World Politics Review.

In an interview with the Financial Times, Fatil Birol, head of the International Energy Agency, said, “Some people are trying to portray this as the first crisis of the energy transition. They would be wrong, but if this is the dominant voice coming from this situation it may become a barrier to the policies we need to enact to make the energy transition work.”

Natural gas consumption tends to increase in the winter months. The fluctuating demand cycles are handled through the midstream companies, which store gas during low-demand summer months that can be tapped once the weather flips over. Europe’s largest gas field, Groningen, used to carry quite a bit of this load. However, a spate of earthquakes have diminished Groningen’s utility and created enormous political pressure to shut it down.

A second big reason that Europe is staring down the barrel of an energy crisis has to do with LNG shipments. Asia traditionally exported LNG to Europe, including 20% of the U.K.’s gas in 2019. However, demand for LNG in Asia has grown rapidly, reducing the amount available for export.

The final big reason has to do with geopolitics. In 2016, the Iran Nuclear deal coincided with a number of natural gas discoveries in the Mediterranean, causing many EU politicians to see possibilities of ending Russia’s dominance of the European energy market. As the U.S. eased sanctions, Iran was prepared to become an important player in the European energy picture.

But the Trump administration scuttled the deal and re-imposed sanctions. Initially, the Trump administration insisted that Europe could purchase LNG from the U.S. This never materialized as promised. Meanwhile, Russia expanded its ability to create natural gas, and rather than trading primarily with Europe, pivoted to Asia and is now using its energy leverage to push policies around Ukraine and the NS2 pipeline project.

“Either Russia is playing games because of NS2 or they don’t have enough gas,” Eurasia Group’s Gloystein said to the Financial Times. “[Either way,] you can’t rely on them.”

Regardless of how harsh this winter turns out to be, clean energy transitions will continue, and the midstream will continue to play in an important role in the energy sector. Investors looking for exposure to the midstream can find it in the ALPS Alerian MLP ETF (AMLP A-), the JPMorgan Alerian MLP Index ETN (AMJ B), the Alerian Energy Infrastructure ETF (ENFR ), or the ETRACS Alerian Midstream Energy Index ETN (AMNA ).