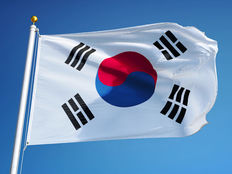 Getting single-country international exposure to Asia doesn’t have to start or end in China. South Korea is one country to consider as its economy recovers from the pandemic, which should help the iShares MSCI South Korea Index (EWY C+).

EWY seeks to track the investment results of the MSCI Korea 25/50 Index, which is a free float-adjusted market capitalization-weighted index with a capping methodology applied to issuer weights so that no single issuer of a component exceeds 25% of the underlying index weight, and all issuers with a weight above 5% do not cumulatively exceed 50% of the underlying index weight.

The Brookings Institution noted South Korea’s economic potential in a recent article by Kaushik Basu. In a list comprised of potential comeback stories in 2021, Basu cited South Korea as one country standing head and shoulders above the rest.

“Rich countries have less growth potential than poorer ones. But among rich countries, South Korea’s prospects stand out – mainly because of its investment in human capital,” Basu wrote. “With 3319 patent applications per million population in 2019, South Korea is head and shoulders above other countries. Japan had the second-highest number, with 1943, while China and the United States had 890 and 869, respectively.”

South Korea has also been an early adopter of technology like 5G.

“In April 2019, South Korea became the first country to launch a nationwide 5G campaign, and South Korean companies plan to capture 15 per cent share of the global 5G market by 2026,” Basu added.

At the top of EWY’s top holdings sits Samsung Electronics at 23% of the fund’s assets. The company’s display and memory chip businesses helped with fourth-quarter results.

“Although challenges from the COVID-19 pandemic continue, company-wide efforts to ensure a stable supply of products and services globally helped Samsung’s fourth-quarter results,” the report added. “Profit rose 26.4 percent year-on-year led by display and memory chip businesses, but fell 26.7 percent from the third quarter due to weaker memory prices and sluggish consumer products sales, as well as higher marketing costs and negative impact from the Korean won’s appreciation.”

For more news and information, visit the Equity ETF Channel.