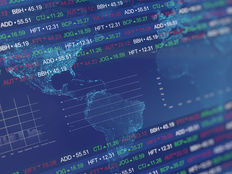 If an investor is looking into international markets, one should consider potential currency risks and incorporate a currency-hedged exchange traded fund strategy into a diversified portfolio.

“From 2000 to 2010, everybody was increasing international allocations but all those returns were coming from the dollar getting weaker over that period. So, we then have this phase of people realizing currency was important and hedging currency, but people took that very tactically. We’ve always held this approach that being currency hedged is very much a strategic decision – you’re reducing volatility, you’re earning carry if U.S. rates are higher than the developed world and you’re also taking out and getting a pure-play on those equities,” Luke Oliver, Head of Index Investing, Americas, DWS, said at the Inside ETFs conference.

For example, investors can look to the Xtrackers MSCI EAFE Hedged Equity ETF (DBEF B+), the most popular international hedged ETF that DWS offers.

Investors can also track other various market segments in the international space while hedging against currency risks through currency-hedged ETF strategies. For instance, the Xtrackers MSCI All World ex-US Hedged Equity ETF (DBAW A-) provides broad market exposure by following a market-cap-weighted index of international stocks, excluding U.S. exposure and hedging against depreciation in the underlying currencies against the U.S. dollar. Additionally, the Xtrackers MSCI Emerging Markets Hedged Equity Fund (DBEM A-) targets the emerging markets.

U.S. May See a Boom in Semiconductor Production

For Worries About 2023 Volatility, Try This Low Vol ETF

Buy Low on This Resilient Fintech in Active ETF ARKF