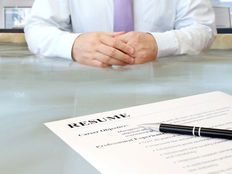 How the S&P 500 (SPY) Reacts to Unemployment Reports

One of the most important economic indicators is the monthly employment report that is released on the first trading Friday of each month. The key lies in the change in non-farm payrolls, which dictates the way that the unemployment rate will move.

For each month, economists forecast what the change in payrolls will be, and the market reacts depending on whether or not the actual figure comes in high or low. Much ado is made about this trading day each month, to say the least. But how do markets actually react to such a report?

We took a look at the performance of the SPDR S&P 500 ETF (SPY A) on the day of the release of every non-farm payrolls report since the recession ended in 2009 through August of 2014. We then recorded the fund’s performance for that day as well as the actual vs. forecasted payroll. The results had some obvious findings, but also some surprising ones. Take a look at the findings below:

First off, our forecasting ability is clearly off, as there is an average miss of 225%; the worst miss was by a monstrous 9,600% in October of 2010. On that date it was predicted the economy added 1,000 jobs but instead it was shown that it lost 95,000. To be fair, the report in October of 2012 perfectly predicted the result.

Second, despite enjoying a five-plus year bull run, one of the most important economic indicators in the country has actually missed more often than it has beat. So it seems that as long as the trend is generally positive and the economy is adding jobs (which it has been since the recession ended), a miss here and there is not enough to derail markets.

Finally, the performance of SPY is what is perhaps the most interesting about these results. The fund’s performance has a range that spans nearly 5%, but the average return figures out to be nearly 0%; meaning that the negative and positive reactions have evened out over time.

We think that the most important stat is the average absolute movement of SPY in reacting to these reports. Each time there is an employment report, SPY moves by an average of 0.81% in some direction (be it positive or negative), which is a pretty significant one-day swing for the coveted index.

Below, we broke out some of the more interesting results and employment reports over the last five years:

3/5/2010: Another not-as-bad-as-we-thought report, this day was supposed to see a contraction of 56,000 jobs but saw a drop of only 36,000 by comparison. Not even a year after the first report, it was abundantly clear that the economy was recovering, as it was losing far less jobs each month and was working towards a positive month.

Be sure to also see read Controlling Risk with ETFs.

7/2/2009: Though the recovery had begun, it was not without its temporary setbacks. This report was supposed to show a contraction of 360,000 jobs, but instead showed the economy surrendered a hefty 467,000 jobs. SPY dropped 2.72% as a result.

6/4/2010: Featuring polar opposite expectations from the previous date, this report had been pegged to show a gain of 521,000 jobs, but came in at just 431,000 instead. Markets were disappointed with the miss and SPY dipped 3.51%.

While the performance of SPY can usually be predicted (at least for this one day) based on the unemployment report, there are several scenarios that were a bit unusual. Here are two of them:

This is the worst market performance on a date when the actual number of jobs exceeded the forecast. The forecasted growth in non-farm payrolls was 198,000 but came in at 290,000, well above estimates. Despite this, SPY dipped 1.49% on the day.

Recall that the day prior was the Flash Crash, when the Dow lost nearly 1,000 points and then gained most of it back within minutes. Needless to say, investors felt more than uneasy when markets opened the following day, prompting the sell-off in spite of the positive employment data.

On the other end of the spectrum, this date is the best market performance on a day where jobs numbers actually missed. Non-farm payrolls were expected to come in at 185,000, but showed a gain of just 113,000 instead. Regardless, SPY gained a handsome 1.24% for the trading session.

At this point, it seemed like markets were hoping for bad news so that the Fed would not be inclined to raise rates. It was a strange scenario in which bad news was treated as good news because it increased the probability of accommodative Fed intervention.

Employment reports will always be a key indicator for markets and they will also have a big impact on the movement of SPY (among other funds). Though the results are not always predictable, you can be sure that trading will be active and economic commentary will be aplenty on the first trading Friday of each and every month.

Media Pros Offer Tips on Getting Their Attention